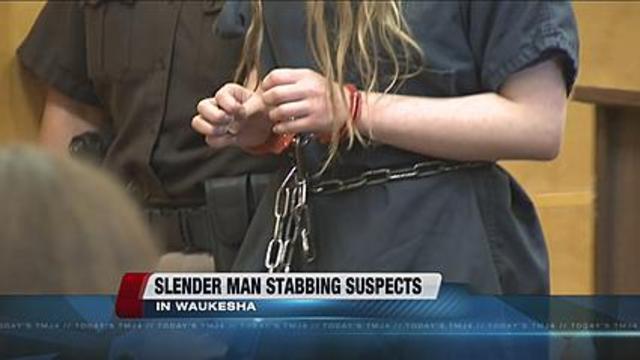 At Wellington’s Out in the Park earlier in the year I lost my three-year-old son. The buggy wheel kept catching, I had been meaning to fix it. I’d let go of my three-year-old’s hand while I checked the wheel. The baby started crying and I leaned in and began to reassure him. I looked up and my little one was gone.

I tried not to panic as people rushed past me. There were hundreds of people walking around, dancing, clapping and cheering. On the stage there was a show and I began to call for my son but my yelling was drowned out by the music.

On one side of the park was Wellington harbour. On the other side a busy road. There were car parks all around us and a high-rise apartment block to my left.

I raced around saying, “Have you seen a little boy? Blond? In a tutu?” I was frantic. I couldn’t see him anywhere.

All of the awful things that might have happened to my precious baby began to play like a movie in my mind as more people began the search.

What if he fell in the water? He wouldn’t be able to swim. What if nobody saw him fall in?

What if he ran onto the road? He was so small a car wouldn’t see him.

What if someone put him in their car? He’s too little know about stranger danger.

I ran to the stage and as one of the hosts began to describe him I began to cry.

Police came and I could barely talk.

I was terrified. It had been 15 minutes since I’d seen him. Friends consoled me and police told me to stay in the same spot. Another five minutes passed. I was nearly hysterical.

Then he was suddenly handed to me.

My little boy had seen his kindy teacher and followed her to her car. When she noticed him, she’d brought him back. The crisis was averted. I was exhausted and ecstatic. He was none the wiser.

When I got home I had a very stiff drink. “Nothing happened,” my husband said. “He’s fine.”

That night I did what so many parents do – I lay in bed and thought about all that could happen to my child.

Children are afraid of ghosts and bogeymen and, in the case of this documentary, of an invention of the internet age – Slenderman.

Parents have a different hierarchy of horror – your child dying is surely the worst; there’s also losing them and not finding them, having them stolen and never knowing where they are, grave illness or near-fatal accidents… The list is endless and awful.

Beware the Slenderman is a documentary about two 12-year-old girls who stabbed their friend – also 12 – and almost killed her. The story focuses on the fears the girls had of an online creation called the Slenderman. But really, it’s a story of a fear that is sometimes missing from that parental hierarchy of horror.

If your child being hurt or killed is an undoing as a parent – your child hurting or killing another child is catastrophic also.

It’s a near-miss of a documentary. There’s so much more that it could have been. I was left with a lot of questions. There are gaps and they’re glaring.

Beware the Slenderman is a near-miss of a documentary. There’s so much more that it could have been. I was left with a lot of questions. There are gaps and they’re glaring. The victim of Morgan Geyser and Anissa Weier’s devastating actions is missing completely from the documentary – the parents of the two girls who attacked her never mention her directly. The father of one girl only mentions “the situation”. I assume it was deliberate but the fact she is nearly non-existent in the film makes for even more uncomfortable viewing. The personalities of the two girls are also missing, everything seems rather one-dimensional. We’re told the girls were lonesome or bullied but the story goes no deeper.

When the movie is absorbing is when home footage of the girls in happier times is shown. Dancing and singing, playing in a pile of autumn leaves, the girls are so innocent. Trying to reconcile these images with the fact that they stabbed their playmate 19 times is difficult and it speaks to how society views children.

Rather than going through the silly rabbit hole of “What exactly is Slenderman?” I wanted to see a more detailed and in-depth look at how a father didn’t seem even once to consider that his daughter might be grappling with a mental illness when he himself had faced the very same demons. I wanted to know more about the upbringing of the girls and what their hobbies were – who they were as people.

Beware the Slenderman is particularly shocking to international audiences given the way the girls are treated in the brutal and inhumane court system in the States. I wanted to know more about how the girls were coping in the horrendous conditions they were in. It was hugely distressing to see two children chained at the feet and arms and to hear passing comments about how they’ve been incarcerated in windowless rooms without being able to be touched by their parents. Depriving children of physical affection is beyond fucked. Yet, it’s treated as an aside in this film.

All in all, for such a slow-moving documentary that seemed overly long, I wanted more of a focus on the reality of the situation. The Slenderman character and the dark heart of the internet (and if you think Creepypasta is dark compared to say Rotten dot com you’re naïve) was an easy angle to draw in the punters, but the real story I think is of ordinary fear.

The ordinary fear of parents that reminds you in the still of the night that you can’t protect your children – that’s scarier than anything a fan of urban legend can come up with.

Also, I wanted to give this 0/10 because it had Richard Dawkins in it but I know my rating system is driving people mad so I figured I better not.

This post was orginally published online for Metro Magazine.