Like probably everyone I’ve been feeling very anxious since the quakes. As soon as I start to feel a tiny bit calm there’s an aftershock. I’m struggling – like a lot of people. I’m worried.

I worry a great deal about passing my anxiety onto my children. The quakes have really grabbed this fear I have and put a big, bloody spotlight on it. I have tried not to ask leading questions like “are you scared?” when I might really mean “I am scared”. I have tried to use distraction – picnics on the floor, tending to a parade of injured sentient objects that my son insists have been hurt in the “earfquapes”. I haven’t said “Did you feel that?” after every aftershock. I’ve tried to hide the tension in my body every time the earth rumbles. I know we are lucky that we have no damage, unlike so many others.

I’ve been thinking so much about those who can’t hide this from their children. It must have been so much more terrifying in Kaikoura. And then to be stuck there with the shaking. And to not be able to go back to your home. It’s a nightmare. I feel so much for the parents trying to calm their scared children as they deal with their own fear and grief over losing so much.

So this morning I decided I’d see a movie and try to sell the review. And then I thought – actually, I’m just going to see a movie and just write the review for me. Try to feel good about my writing again and separate it from the anxiety of the last few days. I’ve not been feeling good about my writing lately, in part because I wrote something I really loved but can’t share it with you because it mentions two people and they don’t like it. Their reaction to it really hurt my feelings.

Instead I saw it with my bestie Chris. He suggested the title: I Saw The Accountant With An Asian Who Is Bad At Math.

We went to the 10.45am session. I felt that the fact that I walked there and that I listened to “gym music” while walking meant I deserved a glass of wine. A reward for “working out”. Also, because I feel quite stressed by life right now I figured it was medicinal.

We were the only ones in the cinema. Chris, me, and my Pinot Gris. 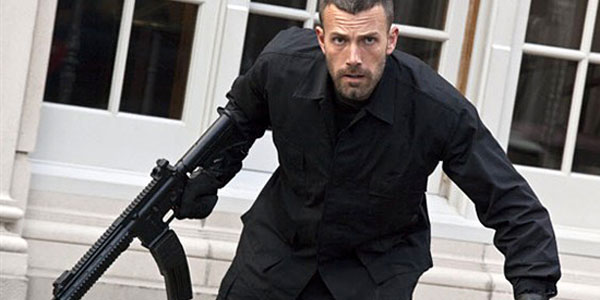 The movie is absurd. Let’s get that out of the way. Also, he doesn’t take his top off. There is a point in the movie where he looks like he will. He takes his jacket off to reveal a tight long-sleeved top and I was like

and then he PUTS ON ANOTHER TIGHT LONG SLEEVED TOP.

I mean fuck. We have had earthquakes OK. Like hundreds of aftershocks. And everybody is stressed out. And Ben Affleck can’t just take off his fucking top what an asshole. How am I meant to work out whether I’d bang him if I can’t see the goods.

There’s no sex in it. There’s a bit where he seems like he might kiss Anna Kendrick but he doesn’t and it’s like at this point why would you bother having a love interest if you’re not going to bang.

“But he’s an accountant!”

“Surely you can handle an accountant!” 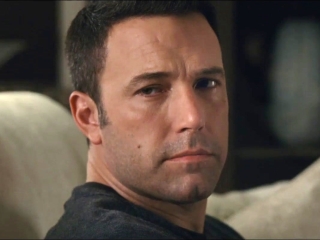 Technically, banging me is a charitable gift

John Lithgow is in this movie and so is Jeffrey Tambor which is really difficult for me because I struggle to tell them apart. JK Simmons and another guy who looks just like JK Simmons are also in the movie. At this point, with the introduction of so many old white men who are basically indistinguishable, and the fact that at no one point do we see any Affleck flesh, plus no banging – I started to feel personally victimised.

It’s fairly easy to follow – you know he’s smart because he writes on glass with a sharpie when he’s trying to work out accounting stuff. JK Simmons spends a significant period of time – possibly up to an hour and half – explaining the plot to you directly. 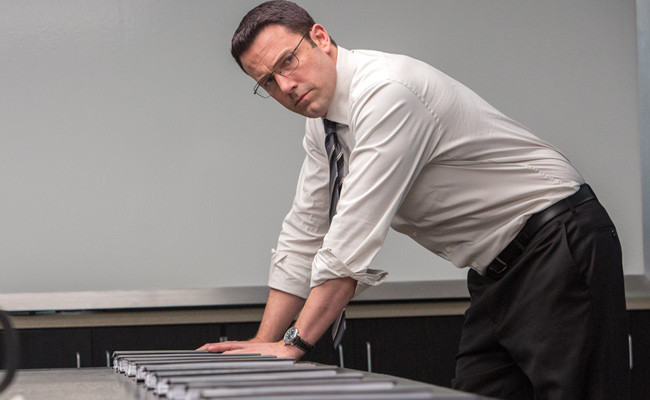 There is a twist that you see a mile off – Well, Chris spotted it. I was just like DAMN THAT GUY WITH THE NOSE IS HOT.

Much has been made of the fact that Ben Affleck is meant to be playing a person with autism. I am neurotypical so won’t speak for people with autism. Here is a very good critique of the movie from a person with autism. I think the producers/directors have said it was meant to be some kind of inspirational piece for people with autism and parents of children with autism? It’s quite clear it’s not that. If that’s what they wanted they failed. Portraying a character with autism as having no empathy is a dangerous and awful (and wrong) stereotype. But like I said, I don’t want to speak out of turn given there have been very good critiques from people who know what they’re talking about like the one above online.

Is Ben Affleck hot in this movie? Yes. I have sexually confusing feels about Ben Affleck because for no reason at all he has become more hot the older he gets. He was so not hot and yet….

He has good jaw you know?

Which brings me to my main question:

Would you with Ben Affleck because I think I would.

I’ve discussed this with a lot of people. Many people think Ben Affleck would be bad in bed because he just looks like he would be. But Chris introduced me to the J-LO theory and I think it holds water.

J-LO taught him to bang well. That’s why they were together so long even though they are terribly suited on account of J-LO being J-LO and Ben Affleck being Ben Affleck. 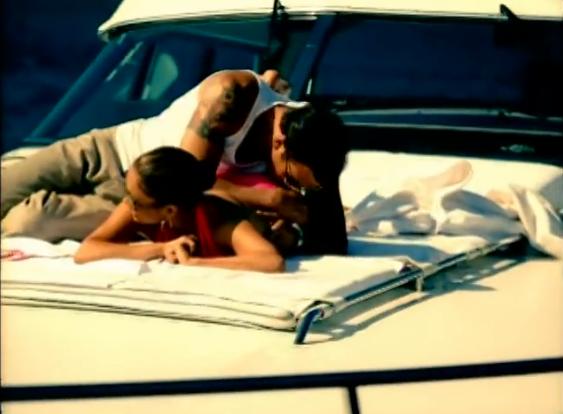 He may have lost his moves with Jennifer Garner. She is very much a loaf of white bread. I bet they used to have sex to LeAnn Rimes songs. Every Wednesday night.

It’s possible he lost his moves but I feel confident he didn’t. And actually I believe, truly, that Ben Affleck would be good in bed. For a start – He would always be slightly pissed which means he wouldn’t be self concious. And I think he has self esteem issues because all of his movies are terrible and he’s a bad actor. He’s spent a lot of time probably not getting laid because he didn’t deserve it (he seems like he’d be a bad husband – like he’d come home drunk a lot and never do kindy stuff – so I don’t blame Jennifer Garner for not sleeping with him). This, combined with his time with J-LO, makes me think he would be eager to please and energetic.

He also has great arms. 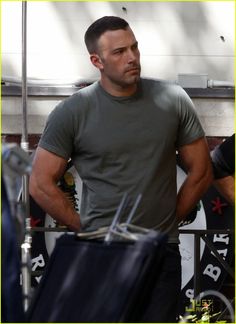 He also got his wang out in Gone Girl and I believe men who get naked in films do so because they’re good in the sack. See: Alexander Skarsgard.

The Accountant was inconclusive on me forming a solid opinion on whether I would want to do more than just bang him once. I do think the question is still open. I may have to watch the Batman movie even though everyone says it is terrible.

I don’t particularly find Batman the character particularly attractive. I don’t really get the appeal of Batman. I actually thought he was half bat and only just found out he wasn’t a year or two ago. I thought he had been bitten by a bat or something and that made him half bat.

That’s the only way the name makes sense. Why would you give yourself a super hero name of something you’re afraid of?

I don’t get Spider-Man either. The weird shit he shoots out of his wrists gross me out. Does he have holes in his wrists? I hate spiders. I don’t want to fuck a spider. Superman seems like he wouldn’t shut up since he’s a journalist. You’d probably be like “can we just bang? Please it’s 2am you’ve been talking about Trump and Working Class voters for 16 hours I’m exhausted”.

Thor would clearly be the best in bed. Then Hulk. I would never sleep with Iron Man because I have self respect. I would with Captain America but he seems like he’d want to look you in the eyes the whole time.

Basically if I was going to seriously do a top five since we are somehow here – it would be:

Back to Ben Affleck. It was only when Ben Affleck beefed up that I found him attractive. Before then he was just Shannon “Back of a Volkswagen” Hamilton.

For a very long time I was just in the eww Ben Affleck camp but yeah, he’s growing on me. He went from Mallrats (bleurgh) to Good Will Hunting (worst) to Pearl Harbour (mild lady boner) Gone Girl (confused lady boner) to Batman (he was the best part of Suicide Squad) to The Accountant (actually we are now in would territory).

So there you have it. Probably two out of ten because of its portrayal of people with autism. And no shirtless Ben Affleck. And because I felt two aftershocks during the movie and wasn’t aroused at all. But we are getting there.

2016 was terrible but 2017 might bring us the Ben Affleck movie we need in our lives. 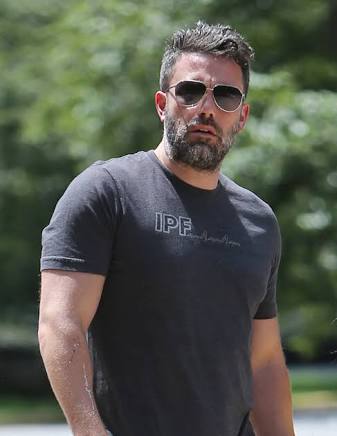 If you liked this, follow me on Facebook for more of the same. Also I have a book coming out and you should buy it. If you want me to speak at your event email me at emilywritesnz at gmail dot com. if you want to be a jerk and say mean stuff to me or tell me I’m a reverse sexist slut you can email me at go fuck yourself dot com.