Controlling a hurricane: I tried really hard not to swear in this post 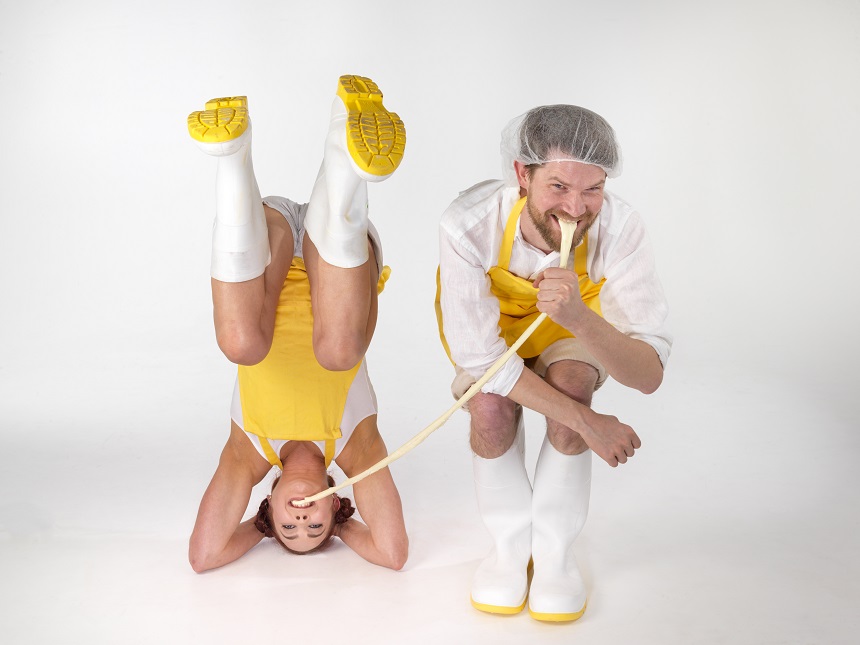 Controlling a hurricane: I tried really hard not to swear in this post

I don’t usually publish stuff like straight away but I am tired and I just got back from this thing and I wanted to tell you about it.

Sometimes I am invited to things and I think – that would be nice to do if my kids weren’t the age they are and the particular combination of whirlwind energy that they are. I don’t feel particularly upset about it because evening is either my wine drinking time or my lose all hope that the children are ever going to blimmin go to sleep time. And I don’t particularly want to share either of those things with Greater Wellington.

But when I was invited to the launch of the Capital E National Arts Festival I said yes, because I love the folks at Capital E.

I was optimistic that despite the fact that the launch was being held during The Witching Hour, and my children are not the children I’d imagined I’d have, it would all be totally fine.

When I say that my kids are not the kids I imagined they’d be – that’s on me, not them. They’re better than I could have imagined – I was just very stupid and imagined children as sort of half-human accessories that were mainly just Very Cute and That Was It. I didn’t factor in that kids are little human beings who get tired and too excited and overwhelmed and everything in the world. I used to say some REALLY DUMB SHIT before I had kids.

Dumb shit included but was not limited to:

Why was I so insufferable? Why? Who knows. Maybe deep down I’m just a douchebag. Having children has been a thoroughly humbling experience because I have learned that my assumptions were wrong and stupid.

The reality is that my children, in the evenings, at this age, are often cranky as shit and totally hyperactive and barely able to concentrate long enough to hear me say FOR THE LOVE OF GOD DON’T TOUCH THAT.

I learned this long ago, adapted, and was fine with it. Because you know – they’re only young for a short time and I can cope. They’re not behaving in any way that is designed to upset me or anyone else. And frankly, I’d rather just go out without them in the evenings.

But today I decided to go to this Capital E launch and almost instantly it was Too Much and there was Great Regret.

I mopped up the mess on the floor while saying I’m sorry I’m sorry I’m sorry to the waitress who assured me it was fine but honestly I am so sorry and the children belted each other and threw pens on the floor. A lovely lady picked up the pens and my youngest thought that was hilarious as he threw them on the ground again. Instead of drawing on the carefully prepared colouring cards my youngest drew on his arms, his feet, the floor, the chair, the desk and my hand as I tried to wrestle the pen from him. I cleaned as he ate some glue stick and I began to sweat.

It was hot. Everyone was hot. There was wine but I couldn’t reach it which turned the whole thing into some kind of horrific desert nightmare to be honest.

I tried to have a conversation with someone I was really happy to run into while also trying to stop my children from CLIMBING ON THE TABLE I MEAN WHAT ON EARTH. They know they’re not allowed to climb on the table. Why would they? They would never do that at home?!?

And then they ran outside and decided to pull at a fluffing basil tree (is it a tree? I DON’T KNOW I AM STILL STRESSED OUT THINKING ABOUT IT) as if I don’t fucking hate basil enough I MEAN REALLY.

And at one point as they were making SO MUCH NOISE my life force just kind of left me and I abandoned hope. I texted my husband something that cannot be repeated here because I far too often actually say things like – Let kid’s be kids! And I was trying to think of that as my youngest turned into a furious potato because I wouldn’t let him brain himself on the concrete by climbing into a pot plant.

The text signalled to my husband that he needed to stick a fork in me because I was DONE with these kids that I had willingly chosen to bring into the world because now they were throwing rocks like they were honestly desperately trying to be content for some kind of ready-made column by someone who hates kids. It’s like trying to control a hurricane. I mean I can see it now:

“These children threw rocks and the mother just stared at her phone blankly because she’s an awful parent who should never have had kids”.

So I got my phone out and put ducking Bob the rucking Builder on while I got down on my hands and knees and picked up rocks. I kept looking at everyone’s nice shoes and I kept thinking I should not be here. I should not have come! Why did I think this would work? They’ve been at kindy all day, no naps, and they didn’t sleep last night – of course they’re going to be ratty and shitty!

The kids stared at my phone like brain dead zombies and I once again considered that without screens I’d be an even worse parent than I currently am.

My oldest began a slow whinge that sounded like nails on a blackboard and I lost it and said I WILL CALL SECURITY ON YOU OK IF YOU DON’T STOP THAT NOISE. I mean, I went there. And another parent there saw me and I didn’t even bother trying to cover up my crap parenting. I was just like I AM TIRED AND HOT AND THIS IS TOO HARD OK.

AND WHERE WAS MY VUCKING HUSBAND TO PICK US UP? I got a text saying Nanna was getting us because he was still working. I heaved my Ham onto my hip and he became entranced by a beautiful baby and I know people thought it was cute but I could also see a look in his eye that nobody else could see. And it was the spark of a thought process that included “I wonder if I squeeze this baby’s foot really hard will it make a loud noise” or maybe it was “What would this tiny baby hand taste like if I just bit it like a little bit”. I did not want to add “Her child actually ate part of a very cute baby” to my list of misdemeanors for the evening so I hustled us away.

Eddie punctuated Mayor Justin Lester’s speech with “MUUUUUMA MUMA MUMMMMMA MUMAAAAAAAA MUMA MMMMMMUMA MUUUUMMA MUMAAAAAAAAAAA MUMA I’M BOOOOOOORRRRREEED!” and I actually clamped my hand over his mouth which he thought was hilarious because of course he did.

Reader, I’m ashamed to tell you that at this point I considered drinking the dregs of somebody else’s wine. Somebody who was smart enough to not bring their kids to something they knew their kids wouldn’t be able to handle.

And then I got a text from my mother-in-law saying she was in the carpark. Just as the performance began because of course. Ham was playing a really fun game of “Let’s see if I can run into 6pm traffic on a main road” and so I scooped him under an arm and raced to the carpark. I barely stopped as I threw him at my mother-in-law and yelled “I’ll just grab Eddie”. When I got back in Eddie wasn’t where I had left him because of course. I searched at knee level and still couldn’t see him. I started to frantically whisper “Have you seen a little thing like this big” and I checked all of the toilets as I tried not to panic.

I was gone three seconds. Honestly. I swear.

My alarmed face attracted a small amount of attention from those outside and a few people helped me look.

This was it. It had been too much of a qucking day and I was exhausted and hot and over it and what the HELL? Where was my kid why is this gig so hucking hard sometimes! Why do they do this? My oldest is not a runner, so where is he?? I cannot with these kids right now! I am SO OVER IT. I AM SO OVER IT. God where is he???

I went back inside and searched between legs again and then I saw him.

He was standing at the front of the room – staring at the performers. His eyes wide and full of wonder. For the first time in an hour and a half (possibly all day, let’s be honest) he stood perfectly still. Every little tiny tooth sparkled as his face lit up with his most beautiful smile. He looked utterly enraptured. He looked so very happy. I could see that he could only see and hear the performers. They made every child in the room feel as if they were the only ones there.

The preview was of a show called Cheese and I watched Eddie hand feed a woman dressed up as a cow which sounds super weird but honestly if you’d seen his face! If you’d seen his little face! His head thrown back in beautiful laughter. His little hands clutching his cheeks red with joy. It was perfect. And I forgot every second of the last hour in that moment.

And gosh I was thankful for those people who see the magic in kids when we are too exhausted to. I am so grateful for those people who always see our little ones as little joys and create art just for them. JUST FOR THEM! How lucky are we? How honestly lucky are we? All of these people devoted to making our little ones happy! I am so glad they exist, that they do this. That they create these smiles and fill these little lives with wonder when we as parents are over it and unable to see beyond this moment of irritation and annoyance.

I think I always took for granted that we have a not-for-profit organisation set up just to bring arts and culture to our babies. That makes this accessible to all kids – no matter their needs. They’re just dedicated to bringing joy to our kids. It’s delightful – a whole festival for our children.

“Nanna’s here” – I said to him, reluctantly pulling him back to reality. “It’s time to go”.

He grabbed my hand, “Look! This is the best time of my life!”

Awww nice! Capital E have given me a family pass for this post. I’d already bought tickets to see some of the shows with Eddie so I’m giving it away! Click here to enter.

← I’m taking some time
Dispatches from the Emergency Department →