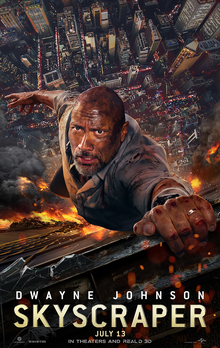 The bath was gorgeous. One of those claw ones and lots of gold and tiles that looked rich. Everything looked very expensive. So you see how I had to sleep in both beds right?

And when I woke up in the morning – I’d not had a great sleep. As it always is when you’re not at home – but still better than co-sleeping with a three year old so I will not complain.

Anyway I woke up and turned on my tap to splash my face and then the tap flew into the air and boiling hot water started shooting out everywhere. I started screaming and tried to turn it off. BUT THERE WAS NO TAP. So obviously I couldn’t turn it off. And I tried to stuff towels into the hole where the water was gushing from (not a euphemism also) and that didn’t work and the water just kept coming. So I ran into the hallway which was deserted and yelled SOMEBODY HELP ME but everyone kept sleeping so I banged on my friend’s door down the hall and he didn’t answer so I ran into the street which was somehow EMPTY???? Even though it was 9.30am? Like there was nobody in the hotel (which explains why check out wasn’t considered an issue the day before when I asked about it). So I ran back upstairs in my PJs and saw my friend emerging from his room. I dragged him into the now ankle deep water bathroom and we both stared at it like “What do we do??”

Then this nice older lady came in and just bent down and turned the tap off from underneath and smiled and walked out. Leaving two useless avocado loving millennials standing there like WHO THE FUCK KNEW THERE WERE TAPS UNDER THE SINK.

And there was still nobody around so we went to brunch. After putting down 16 towels at least.

And when I got back I said extremely sheepishly: “I’m so sorry I flooded the bathroom” and the server at the hotel said: ‘It’s OK. I’ll check it out later”. And then when I went to a shop near the scene of the crime the owner said “Are you the writer who flooded the bathroom?” So news gets around fast eh. Yes, yes, that is me.

Hamuera Morrison has slept all night, every night, in his own room for seven whole nights. We are at a loss as to what to do with all of these hours. If this is life with sleep it is infinitely easier than life without sleep. I read somewhere a long time ago someone saying “Well my kids sleep but it’s still just as hard” and I was like really? REALLY? But I couldn’t say, because I hadn’t yet parented yet with sleep. But now I have. And I CAN SEE COLOURS! I DON’T FEEL LIKE I AM SLOWING DECAYING FROM THE INSIDE??? Even with a chest and sinus infection I feel pretty amazing. It is astonishing to me that we did no sleep for so long. Three and a bit years of sleep deprivation. But we survived. We survived. I don’t know how, but we did. And I feel very validated. And a bit like I’m on drugs???

We got there. We waited for him and here he is. Just like with Eddie our precious Hammy Davis Jnr proved sleep is a developmental milestone. He just took a little longer, just needed us a bit more – and that’s fine. Ham Taylor Johnson is sleeping now and that’s all that matters.

Bless you Hammy the Owl, official mascot of the athletics teams of Rice University, my sweet, sweet child. I love you so much more now that you’re sleeping.

We are having another fundraiser! This time it’s a ball! Remember your school ball? I was getting it on with a boy who I was completely in love with, and he randomly put his finger up my butt and the next day I had to have an emergency discussion with my girls like “Is that normal? GOD IS THIS A NEW THING WE HAVE TO DEAL WITH?” The girls were like “Did you like it?” and I was like “I don’t know, I was too shocked by it to work out if I liked it?” and then one of the girls told me she randomly put her finger up her own butt and it didn’t feel good. This is why no women are nostalgic for 16. Being a teenager is awful and I am so glad I….am not one anymore?

And on this topic, I’ve had a few emails about reviewing 13 Reasons Why season 2. I’m not reviewing it. It’s like 12 hours are you kidding me? Who has 12 hours to relive the horror of high school? I mean honestly – no adult has time to watch 13 Reasons Why. If they do – I don’t know. Maybe they’re recovering from surgery? Maybe they need to join an adult knitting group to make some friends? Anyway, parents of teens DO have to watch it and that sucks for them. But I am not a parent of a teen so I will not be watching. Soz.

I was making a will with my husband and while I thought it was quite sweet that he wanted to be buried with me I could have done without:

“Can we have a will if we don’t have money or anything?” (Me: We have kids) “I mean stuff that’s worth something” and “Can I be half stuffed and half cremated? They only show the top half” and “I don’t know if I’m ok with you donating that many organs – will they just give bits of you to me in a plastic bag?” and “I don’t want to donate my eye balls – it will scare people if I have no eye balls at the viewing” (Me: When have you ever seen a viewing where people just have their eyes open! You don’t need eyes when you’re dead!) and “I don’t care what you do at my funeral just make sure you play Cemetery Gates” and “Just bury me in the cheapest place – our garden is fine”.

I haven’t seen many movies lately. The Breaker Upperers was great. Very funny. And I saw the Potato Peel Pie Guernsey book club whatever it’s called. It was nice enough. I’d have banged both dudes if it were me and that would have made the movie better in my eyes.

I am reading Mind That Child – a book by a paediatrician at Starship Hospital. It’s very good. It’s taking me a while to read because of children but it’s very well written (probably because Adam Dudding co-wrote it). It has lots of reassuring stuff in there for parents – I will deliver my verdict once I have finished it. Eddie would like me to share with you his favourite book right now. It’s a New Zealand book called Bob and Pops. The book is by Harriet Bremner and it’s a lovely tribute to her partner who died in a farming accident. It tells the story of Bob (her partner James) and Pops (their dachshund Poppy). I met Harriet not to long ago in Hanmer and she’s a wonderful person. You know how you can just tell that about someone? Anyway, Eddie has made me read it three times a day since we got it. It’s a lovely book that you can buy here.

Soon we will be blessed with another Dwayne the Rock Johnson film. Skyscraper is out July 13 and let me tell you right now it looks like an Oscar contender. This plot alone: “Former FBI agent and amputee Will Sawyer lives in the tallest and “safest” skyscraper in Hong Kong with his family. The skyscraper itself, known as “The Pearl” houses several floors that function as their own society and despite the risks highlighted by Sawyer, who is the building’s head of security, his bosses insist that it is impenetrable. True to Sawyer’s belief, the building comes under attack by terrorists, forcing Sawyer to take action.” Umm *chefs kiss* hopefully the terrorists will blow off his shirt for us.