My anxiety is quite out of control right now. I mean I guess it is in control because I’m taking my meds for it like a good crazy person but still – I have not been on an even keel for some time now and I can’t help but think: is this it? Am I always going to be someone who spends a wasteful amount of time consumed by the horror of sex robots?

I worry about the feelings of sex robots. It’s not right. I am as sex positive as they come but can a sex robot give consent and what if it comes to life like that episode of Black Mirror and you have to keep it in the attic. I wouldn’t buy one obviously. I have not the money nor the need for a sex robot. If I somehow won a sex robot I would simply get it to fold my washing. 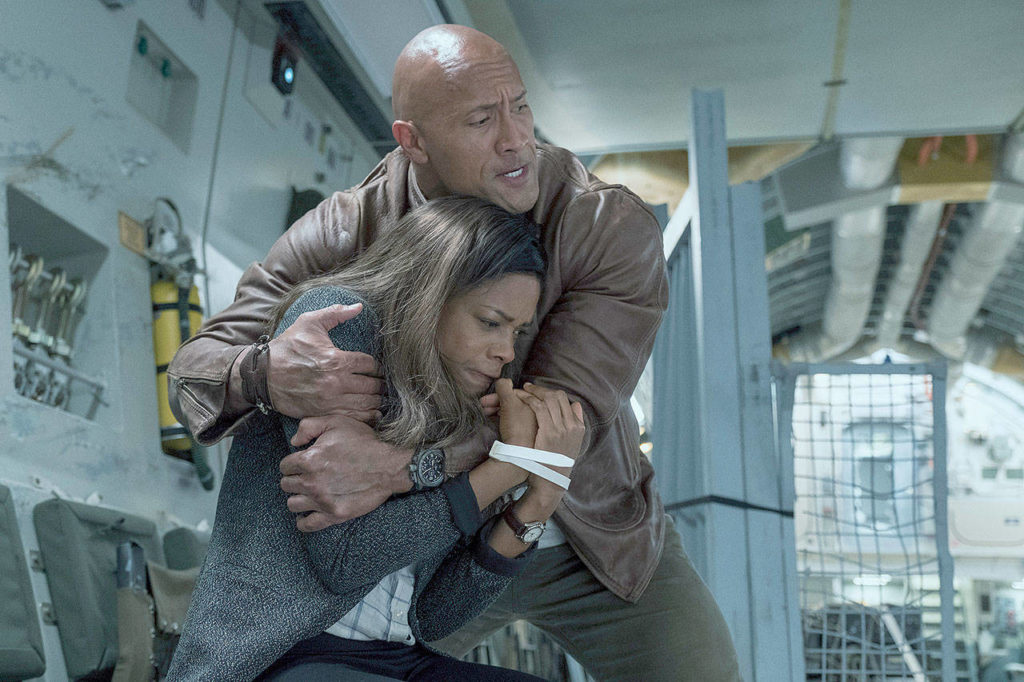 Dwayne The Rock Johnson’s auto reflex is to protect women but in a totally feminist way like he knows you can take care of yourself but he is here if you need it and there’s a gorilla and you don’t know gorilla sign language so you need it.

Emily, Emily my friend, you don’t need to worry about sex robots I promise you, the technology is not there yet I promise you everything will be OK would I lie to you Emily? I never would. I am Dwayne The Rock Johnson and I only ever want you to be happy.

Sometimes I think about whether the people who email me trying to scam me into sending them my bank details are really lonely. What if they don’t want my money? What if they’re just so desperately alone. What if they lost their loved one to a terribly inane accident like they slipped on the garden path in the rain, fell, hit their head, died instantly. What if they were found holding wilted flowers because they reached out and grabbed to try to break their fall. And all that they caught was air and some dahlias. And now the scammer feels like they’ve been punched any time they see a dahlia. Their breath stolen by the scent and they’re back there holding the phone and screaming down the line “Come quickly, they fell! Please!”

I saw The Quiet Place. The nail. My god the nail it killed me dead. I would not survive a day in a world full of monsters who hunt by sound. I would give up immediately – yell “over here mate” while shooting tequila. My husband is the type of person you want on your team in an apocalypse. He is prepared. Determined. Don’t have me – I’ve had a good life and I don’t feel the need to try to outrun a zombie. It’s just too stressful. I don’t like running. I like that chocolate sauce that turns hard when you put it on ice cream. I find it difficult to make coffee on no sleep I’m just not capable of breaking into a chemist and finding your diabetes drugs before the monsters smash through the glass window. Quite frankly I think you and I should just agree that we aren’t going to make it and just enjoy the time we have – I am for a sensible approach to the apocalypse. 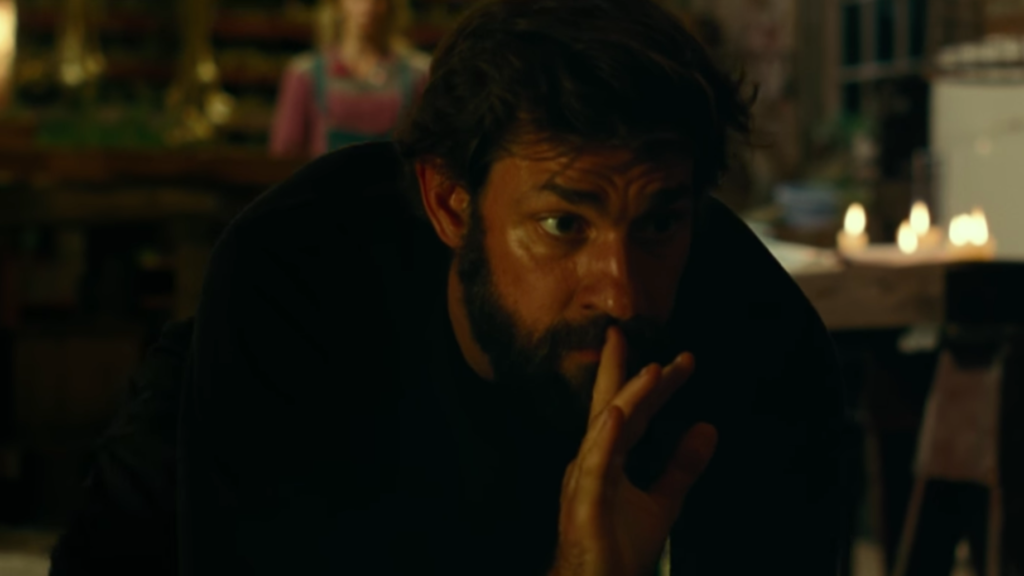 Strong and silent. The best type.

John Krazinski could get it now with his beard, dad bod, and sad eyes. He’s kind of my perfect man – completely silent.

When my sons are angry at each other they scream “You Are NOT My Best Brovver!” And one will inevitably say through tears and wobbling chin “YOU ARE my best brovver FOREVER” and some how they end up hugging and super emotional and the lady next door says “you’re so lucky you have boys, my house is just feelings central all the time”. I have considered giving our home a name – Feelings Central is kind of perfect.

* If Dwayne The Rock Johnson’s shirt was pulled off by a gorilla in the first scene and every shop in Los Angeles and Chicago was sold out of size XXXXXL fitted white tee shirts so he had to be topless the whole film.

* If it started raining and he couldn’t get inside and he was topless and it was raining.

* If he had to have a warm shower after getting stuck outside and it was all foggy but you could still see his butt cheeks.

* If when he goes home to brood over how he doesn’t like people I come over with some pizza and he’s like I didn’t order pizza and I’m like “did you order some of this” and I show him my beige five and a half year old maternity bra and he’s like confused but super polite because he’s Dwayne The Rock Johnson so he’s like “sure ok Emily this seems like it’s important to you and you’ve put on your best leggings” and then we would cuddle and watch Baywatch together and he would tell me stories about Zac Efron.

“I am confused sexually.” “I can help you with that”

* If when the plane crashes all his clothes come off.

* If the crocodile knew sign language too but could only do it in a really strange way by balancing on its tail and standing upright.

* If someone acknowledged that if they’d killed the gorilla before it grew so big then all of this would have been avoided and a discussion was had about our innate tendency to attribute human traits, emotions, and intentions onto animals has put human kind at risk when it is intersected with bad genetic scientific experiments.

*If the gorilla pulled off Dwayne The Rock Johnson’s top.

Dwayne The Rock Johnson never does sex scenes. Why? He never even kisses people in his movies. Jumunji was a joke kiss. No kiss or sexy times in Rampage even though clearly you would throw down once you saved a city from a giant wolf, giant crocodile, and giant gorilla. Why does he do this? All I’ve ever wanted in my life is an explicit sex scene with Dwayne The Rock Johnson in it. And I think because he’s going to become the second least qualified US President in history, we won’t ever get it. Another thing we can blame Trump for. And the Ballers sex scene doesn’t count because it’s terrible and Dwayne The Rock Johnson was clearly nervous during filming. That’s not how he would do it.

My only notes from the movie were “if I was a helicopter with Dwayne The Rock Johnson in me” and then there’s nothing else. Because my husband called me. And I never got back to it. So I don’t know what it means.

I had a dream I killed the man who created Crazy Frog. The judge was a mother and she said “I’ll allow it”.

Eddie had a bad dream.
“I dreamed about the woodpecker“
”The woodpecker?”
”It comes in the night. It pecks your eyeballs all out. Then it just sits at you but you don’t know coz you can’t see coz you got no eyeballs”