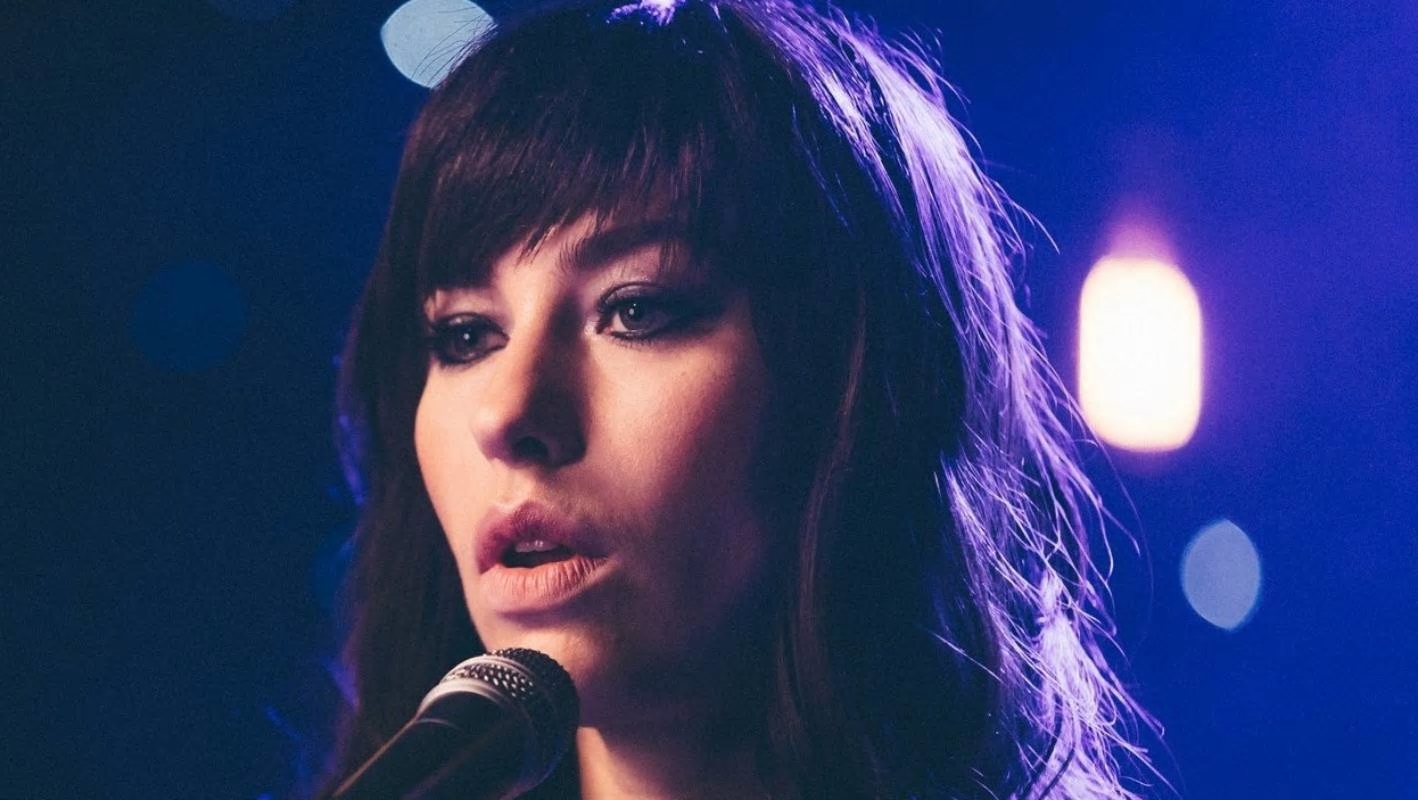 I had my day planned completely – mostly around an RNZ interview but I have a heap of errands to do. And I need to finally get to the playcentre I was hoping would be my Monday escape. AND I’d even scheduled in coffee with a friend and baby snuggles. All doable with one not snotty child.

Alas both of my children have woken with colds. So no school. And no leaving the house. Well, I will still head out for the RNZ interview – my lovely Rants whanau have stepped in and our awesome producer Bevin will look after my babies as they zone out in front of the TV.

Anyway –  I’ve spent ten days in bed coughing and crying and aching. I won’t complain because I know some of you have not been able to spend nearly enough time in bed. But I will say my pelvic floor has absolutely not been up to the task of holding my pee when I cough. So even though rest is a nice new novelty it hasn’t been as enjoyable as it could have been.

I managed to get out to the movies twice. So here are those reviews. The rest are Netflix, Lightbox, and Neon – finally proving their worth. Let’s go.

Well, I shouldn’t have liked this because I hate musicals and I hate baby boomer NZ music like Crowded House and what’s that other band that’s the same as Crowded House? Split Enz? Anyway, I loved it. Loved Daffodils. Haven’t stopped streaming the soundtrack on Spotify. Obsessed. Now I actually like Fall At Your Feet. Amazing. And isn’t Drive just our best song? SO GOOD. Haven’t heard it in years and I love it – It was very hard not to be that person singing in the theatre. The film is beautiful and is a really gentle and beautiful snapshot into what life was maybe like for our parents (if your parents grew up in NZ). I thought a lot about my parents watching it and had a lot of feels. I am very glad my generation is generally not as repressed. For all the “Tinder is ruining romance!” commentary at least we can actually talk to each other. Though I guess that’s why they sing all the time huh? Anyway, loved it – would see it again. Rose McIvor is incredible. I want Kimbra to be my girlfriend. 43 stars.

Took me forever to find someone to see this with me because nobody wanted to see it. I am not a fan of horror movies but I did really like Get Out so I figured I wanted to support Jordan Peele’s latest offering. I also absolutely love Key and Peele and have spent a lot of this week re-watching skits on Youtube. I’m a forever fan so wanted to see it based on that. Anyway, finally convinced my bestie and – It was very good. It is very scary though. I was very scared all night and didn’t sleep. It’s Hereditary levels of scary and Hereditary still gives me nightmares. There’s less scary jumpy bits and just more of a really unsettling feeling that doesn’t go away after the film finishes. Lupita Nyong’o is phenomenally good. Like surely one of the best actors working right now. So I don’t know – if you’re nervous about seeing it don’t see it. I enjoyed it but it was very scary. The ending is batshit but that seems to be the go with horror films these days and I quite like that there isn’t a neat tidy ending (though that doesn’t help with nightmares). I don’t know how many stars I should give something that made me wish for lorazepam.

Loved it. Actually preferred it to Wonder Woman. Brie Larson is my favourite. Loved her since Room (absolutely brutal film). It’s your standard super movie – just good fun. I was super into it. Great soundtrack, great flannelette lesbian aesthetic. 11 stars.

The Unicorn Store on Netflix

It pains me to say this because I love Brie Larson but this was not a good movie. I think I’m a bit old for its target market but it’s kind of like a weird white girl privilege thing – like how much time do you get to grow up? Girl, I was working at 14. Still, I watched the whole thing – and I don’t always make it to the end of Netflix films. One star for Brie Larson. One star for Mamoudou Athie. One star for Samuel L Jackson. One star for Joan Cusack, and One star for Bradley Whitford.

My cough medicine with morphine in it

Absolutely gold at temporarily stopping my cough but WHAT THE FUCK is up with good cough medicine being prescription only now? What the fuck? And also I accidentally double dosed and had a hallucination so that was something. Still would recommend. Just set a timer on your phone for dosing so you don’t do what I did.

The First Purge on Neon

I literally don’t know what’s wrong with me and feel deep shame in admitting I’ve seen all The Purge movies. I especially liked The First Purge because men in Ku Klux Klan outfits get their throats cut. I know, I am a mess of contradictions. I’m aware this is like the most trash franchise of films but LOOK I AM WHO I AM. Also Y’lan Noel is wearing a singlet through the whole second half and I’m only human so I am giving this 50,000 stars.

The Act on Lightbox

Hate true crime but I got sucked into this one. It’s profoundly depressing. Extremely hard to get through. I hate that it’s basically watching child abuse episode-to-episode. You know what’s going to happen so you’re basically just devouring someone else’s pain and agony. I think the difference between this and something like Three Girls (another true crime) is that Three Girls actually looked at what could have been done to avoid this happening. The Act is just a very slick Hollywood retelling of a child being violently emotionally and physically abused. That’s not really something I want to watch despite everybody gushing over it. Maybe it will change over the coming episodes but right now it’s just asking you to witness many people abuse a child. Could that be why the case went on so long? We’re too busy watching this shit on TV instead of looking outside our window for kids who need our help? Instead of stars you get a sanctimonious and hypocritical admonishment.

For $2.99 these are the best cookies on the market. Plus they raise money for charity so that’s basically like they’re free. I love a good Anzac biscuit but I hate chewey ones. They need to be crunchy. These ones are crunchy AND have chocolate on them. PERFECTION. I bought mine from New World then ate them all and bought some more at Pak N Save so they must sell them everywhere.

Remember that show Without a Trace? I used to watch that heaps and for a while I thought Gone was the same show?? Maybe it was the morphine in my cough syrup but it took a few episodes to work it out. Gone is an absolutely ridiculous show that is not even the least bit believable. Maybe that’s why I like it more than say SVU which just feels like murdered and raped women every week (when that’s the real world). Gone is just absurd. A woman was kidnapped as a child, and rescued by Big from Sex in the City. Then when she’s an adult – Big from Sex in the City starts a task force of adults who were kidnapped as children or I don’t know, had siblings who were kidnapped, and they fly around the states rescuing people? This is apparently paid for by the US government which seems someone unbelievable to me since the US Government barely cares about its citizens who aren’t missing so why would they care about those that are? And also the plane is so kitted out? And also they just gave her a gun and let her be a cop? But I dunno – maybe it’s different over there. I would not have watched so much of this if I wasn’t sick. But generally nobody dies so I was pretty into it for a while. Why did I watch this? No stars.

Turn Up Charlie on Netflix

The Cry on TVNZ

This was SO GOOD. But really, really brutal. My sister told me to watch it and also warned me that it has a baby dying in it – so I felt a bit prepared. The acting is really, really good. And it’s a really harrowing miniseries. Not based on a true story thank goodness – but raises really good questions about how mothers are seen in the media, gaslighting, the way we grieve, what we would do to protect our family – what is family? It was very good – but steer clear if you’re feeling vulnerable. My youngest is four so I felt able to watch it but it would have messed me up if I had a newborn.

So good. And quite possibly the most perfect final episode of a season. I absolutely love the portrayal of teenage girls – it’s hilarious but also really respectful and gentle somehow? I just really adore this show and you should all see it. It’s hard to comprehend what life would have been like as a teenager during The Troubles. I loved this little slice of another time and life.

I thought I’d love a show about a mermaid crushing a man’s dick but I only lasted three episodes. Nothing can save this wet mess.

Disclaimer: Last time someone had a shit fit about me not liking a movie they liked and said I wasn’t honest about payment. I don’t get paid. I don’t get free Lightbox, Netflix, or Neon. I sometimes get free movie tickets but that’s pretty rare – mostly people donate money for me to see movies because they like my reviews. So calm your ass down and find someone new to bitch about.