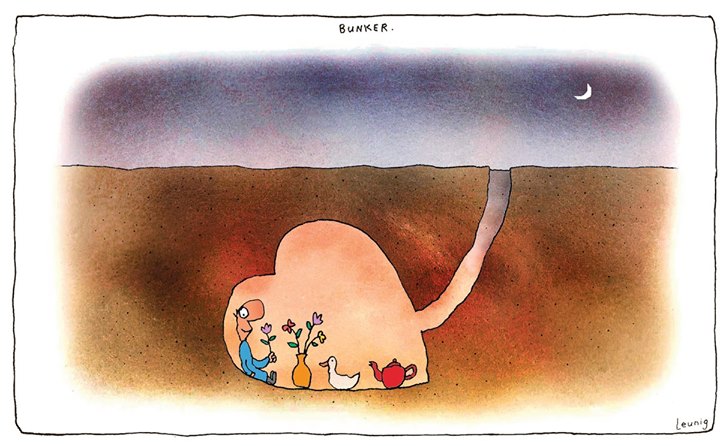 When I was pregnant with our first baby, my husband and I would sit for hours and play the what will baby look like game.

I hope he has your teeth – well obviously.

I hope he has your hair.

I think he’ll have your nose surely.

The family ears are big so he might have those.

Will we skip a generation and get curls?

These chats always began in a very light-hearted way but then there was always a thought that began clanging around in my head – louder and louder, like thunder, until it filled the space between us.

I hope he doesn’t have my brain.

We would joke about who was more intelligent of the two of us, who had empathy (me) and common sense (him).

But I didn’t mean that, and my husband who is the only person who truly knows me knew it too.

I hope he doesn’t have my brain.

My broken crappy brain with its “chemical imbalance” and wonky wiring.

My brain tells me things that aren’t true about who I am.

It’s hard when you feel that you’re always battling your brain. You can’t hate your brain even if it feels like your brain hates you. You can’t fight against yourself but you have to, while somehow not splitting yourself in two.

When we talked about getting pregnant I wondered if it was responsible to have a baby with a brain like this. Could I cope? And if I could cope – would I pass this on to my children?

Either way I was sure I’d be a bad parent. I believed that if I failed I’d let my children down and this would impact them in a monstrous way. I truly believed that parenting was pass or fail. You were either a good parent or a bad parent.

And what if combined with being a bad parent I also gave my child this brain – what if they didn’t inherit a brain that fired correctly? That was like the others?

I worked really hard to be as healthy as I could be before getting pregnant. For me, mental health was the challenge. I think it’s great that for some people exercise and eating right is all they need to get that mental health, it helped in small ways with me – but mostly medication and psychotherapy were needed. And it felt a lot like work, very hard work – some kind of unpaid labour, sometimes it felt like an unending test, an endurance race with no finish.

Counting and focusing on diversion tasks helped me breathe through panic attacks. Support from The Phobic Trust helped me feel like I could make it. The Phobic Trust or Anxiety Clinics Trust closed in 2014. A great tragedy given the huge amount of work they did helping people with anxiety disorders.

(Ironic given Bill English’s comments about “work” this week. Without support, without resources, you can’t work.)

Still, I wondered – would I be able to be a good mother? With this?

Does my anxiety disorder help me parent? No. I wish I didn’t have it. I am not one of those who thinks it enhances my life in any way. It doesn’t. It can be debilitating and especially so now that I have children. But my fears aren’t the same anymore.

I also know that this brain of mine – this broken brain – works too. It has parts that fire and do what they’re meant to do and the isolation and fear and pain of living with this makes me want to reach out to others who live through this. And that that matters too.

I know that I am setting an example for my children. That maybe, if God forbid they inherit this brain, they will see a way through it. And I will be there to help them.

There is another thing I’ve realised – self-care is hard. And sometimes I don’t recognise that I’ve become unwell again until I am unwell. Sometimes I don’t realise I’m falling back into those old patterns, those anxiety spirals.

I’m not very well right now. So I’m doing something about it.

I’m taking a bit of time off. Not long. The book is still coming out and I’m nervous and excited about that. But January for me has taken its toll. People have said things to me that match what my brain thinks of me. And it’s hard to say – no don’t believe that – when other people are saying what I’ve said to myself on my darkest days. And this month, it has been relentless.

People conflate extroversion with confidence. Or they think if you can switch yourself “on” for an hour or two you’re OK. But sometimes you’re always on and it’s hard to turn off. And sometimes it feels like people are always at you. That you can’t do anything right so why bother?

I need to bolster my resilience after feeling very exposed and hurt and broken up by the last month. It has been a slow build-up to this point, and I had hoped that the time I took away in the middle of January would help. It did not help.

So now, in February I am taking off as much as my book schedule will allow – about 10 days. I won’t be checking or answering emails or replying to messages, I also won’t have Twitter and won’t be on Facebook. When I get back it may take me a while to get back to you. I have friends who have very kindly taken over and my Spinoff whānau is supporting me so I can take time off. My posts will still go up on The Spinoff Parents and I have prepared two weeks of wonderful content that will be published by my kind colleagues. There was a post published this morning by me and another one of my posts will go up as usual on Monday.

I am very grateful to my editors, colleagues, and those friends and readers who have reached out to me over the last few weeks to check in. It means a lot and I really needed it. And to those who have stepped in to make this time off happen for me – thank you.

If you need information about the book and the events coming up around it – it’s all here.

Then I will be back. Refreshed and resilient and ready.

This is the commitment I made when I became a parent, to always put them first and to protect myself so I can protect them.

I’m working on being the best mum I can be for them.

This is me trying to work.

← I am doing things despite feeling like I cannot do them
Controlling a hurricane: I tried really hard not to swear in this post →