Sometimes when I want to feel bad about myself I go on Pinterest and look at what mums who have their shit together are doing.

I look at their miraculous messy play ideas at 3am and resolve to do them the next day with my toddler. My broken sleep is dominated by dreams of my son and I deliriously happy playing with home made rainbow snow and glittery gloop and glow in the dark playdough.

And then I wake up and reality hits.

“Shall we make some playdough?”

“Come and make playdough with mama! It’ll be soooo much fun,” I say with forced cheeriness.

I lovingly make the playdough while my son plays with his cars. He ignores my perky, sing-song commentary. He’s probably thinking “who replaced my mum with this Stepford Wife?”

I put glitter in the playdough. I follow the recipe to the letter but the playdough is slimey. I add more flour. Now it is crumbly. I add more water. The glitter clumps together. It’s both slimey and crumbly now. The recipe says it’s fool-proof.

My son looks at the playdough then at me.

I don’t know who he’s referring to. I chuck the playdough into the bin. I used an entire packet of flour.

I will make gloop. It has three ingredients. Surely I can’t fuck this up.

I crush coloured chalk to make four bowls of gloop. All are different colours. My son is absolutely delighted. It has taken me all morning to make the gloop and get it to be the right consistency.

I am ecstatic. Such praise! I run to grab the camera. It takes me three seconds.

I return to find the bowls of coloured goop on the concrete by the front door.

I have decided that after spending two hours cleaning up after the eight second gloop messy play I want to have clean play.

Three cups of baking soda. One cup of water.

It looks like snow. The toddler is excited. He begins to play with it and I think “good, I can empty the dishwasher”. I take one cup from the dishwasher and the toddler appears.

“I throwed dat snow away Mama”

He has tipped the bowl of snow from the deck onto the roof of the neighbour’s house.

That night I don’t dream of being a Pinterest mum. I look at the photos of the Pinterest mums and imagine them sneaking Valium and hiding vodka in their tea. Nobody can be that perfect.

In the morning a little voice says to me.

I look up “home made face paint”. I scan the recipe. I go to the shop and buy face paint instead. I know my abilities now. I know my shortcomings.

I put the different colours into a muffin tray. I google “face paint designs”. I look at the first website and read the instructions for “butterfly”. I roll my eyes. Yeah right. I turn off the computer.

I hand my son a paintbrush. “Make mama a butterfly,” I say.

He screeches with laughter as he paints my face. We get out a mirror and I paint his face as a “butterfly” letting him instruct me on how to do it just right.

Afterwards we both look utterly ridiculous. We look into the mirror and he says “we beuful budderfies mama!” 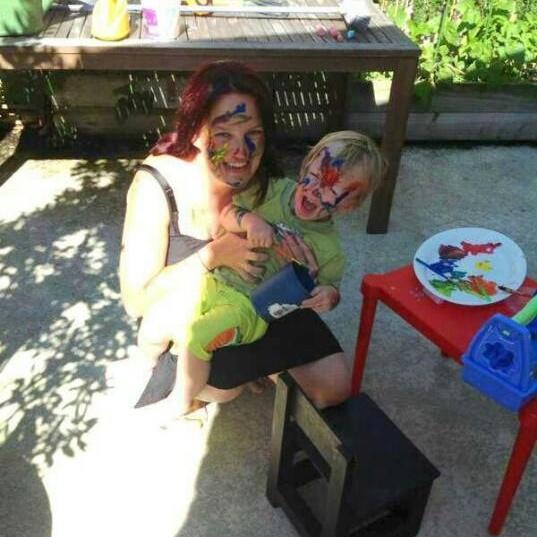 It makes an unholy mess and my little baker declares he is making GLOOP PIES! He then throws the gloop in the air because now he’s making GLOOP PANCAKES!

We look like a Pinterest nightmare. And it’s the most fun I’ve had in ages. His screams of laughter reverberate around the neighbourhood. And we play for two hours. 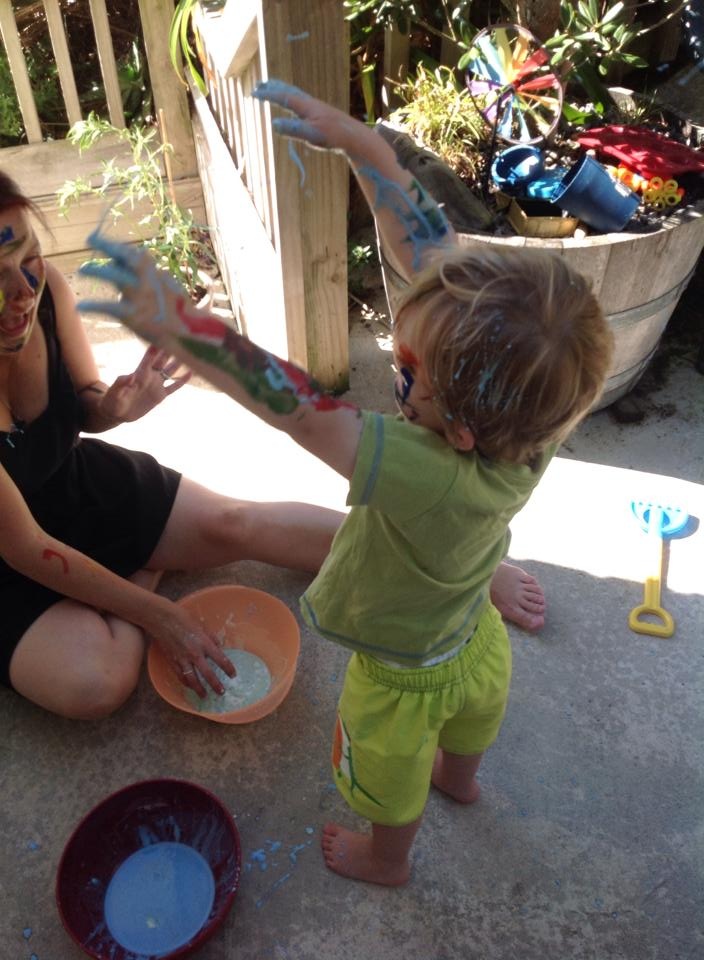