This post is not about periods. But we don’t want any fragile men reading it getting sand in their vaginas or whatever is their latest insult du jour.

Evans is now number one. Hemsworth is two. Pine is three. and Pratt is no longer on the list. That guy from Sharp Objects is though.

Evans for arms and his tweets and his beard and that gif of him ripping the log of wood in half. If it was raining he would pick you up and throw you over his shoulder and run you inside. Then as you were squealing with laughter he would suddenly grab your face and he would look at you so intensely that you’d stop and say “what?”

And he’d say “My god you’re beautiful Emily. Are those new black leggings from The Warehouse? They look amazing on you”.

And Hemsworth two because he would be so fun. Just an absolute doodle. Thick as a brick but the kids would hang off his arm and he’d play for hours with you and then when they were asleep he would pound you into exhaustion.

Pine because SAD EYES. THE SADDEST. And you would say “Chris Pine my love what is wrong” and he would say “nothing – do you want me to go down on you until you fall asleep” and you’d be like well OK just as long as that would make you happy”.

Vaginal betrayal is that thing where you know Henry Cavill is a dick because he says dick things about #MeToo and he just seems like a dick. But he looks like a lumberjack and you just can’t help but imagining him chopping wood for your fire. Sweat glistening in the heat. You can’t help but think about watching him from the window. A look of concern on his face – like he’s haunted by a problem only you can solve. With your vagina.

Vaginal betrayal – turning douches into ovary throbbers day in and day out. We cannot trust our own bodies. It is exactly why I slept with a guy called Sam who had a mullet and always called me dude. This was so very, very long ago but I often think – damn, that guy did not deserve to sleep with me. Especially since afterward he farted in bed when I was laying next to him and wafted the sheets and smirked. He did not redeem himself by asking if I’d ever played Crash Bandicoot.

This has been a week of very melodramatic goodbyes – including Eddie telling his brother: “I will never forget you” before continuing with “I will see you for afternoon tea”. He means at home. Because they are brothers. And – “I will love you until I die” spoken to his best friend as they hugged as if it was a funeral. Little’s big feelings. The friendships are so intense. I am sure it’s because they do have times in their lives where they say goodbye to someone and truly wonder if they’ll see them again.

It is tough being a kid. Sure you get your apples peeled but you’re also always on the edge of a tragic Shakespere-esque farewell.

I had to go through my phone to delete notes to get more room. I found this:

I have been trying to write a blog post on how well things are going with the kids being in the same room, in bunk beds. It was almost ready. When they started refusing to go the fuck to sleep. And now we are day four. Day four of refusal to sleep. Up and down and up and down. And the baby is in the bunk bed and there’s all this bloody yelling. And this is why you can’t even blog about sleep – everything changes and getting kids to sleep is as fun as a root canal without anesthetic. Just when I think I’ve nailed it, I realise I have not. And not only have I not nailed it. I’m not even close to nailing it. There is no nailing of anything or anyone in this house. Because of the children.

Ok so I would happily watch Lady Gaga for hours because she is magnetic. So I was very excited about A Star Is Born but yeah. I just wasn’t that into it aye? It seemed so focused on his story and not hers. And you have to suspend quite a lot of disbelief that someone as beautiful as Lady Gaga wouldn’t be attractive enough to be a star. And I don’t know – the sneering treatment of pop as if it’s not as important or worthy as mumbly drunk country was a bit hmmmm. BUT I did very much like the bath scene, they had heaps of sexual chemistry, the singing was great (Lady Gaga obvs) and Bradley Cooper has never made me feel much at all ever – does have the absolutely BEST hair to chest ratio I’ve seen. It’s very hard to get chest hair right. Too little and it just looks gross, two much and it’s also gross. His was perfect. Oscar-worthy chest hair. 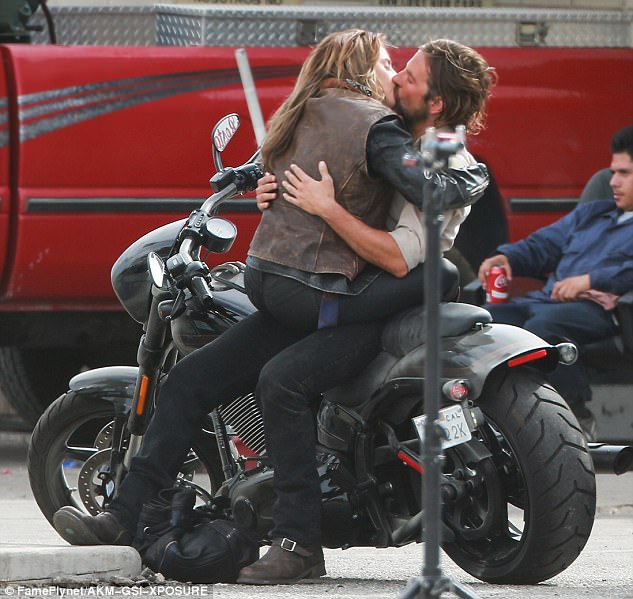 I would like to be Bradley Cooper in this scenario. But potentially would also be Lady Gaga. Convenient.

I had no expectations going into Bad Times at El Royale but I quite enjoyed it. For a start PENIS FOYER. Chris Hemsworth finally gives us what he wants and is mostly shirtless in it. Plus Dakota Johnson is her usual hot self. Jeff Bridges is also hot. I mean it’s a weird plot. Very violent. But I kind of enjoyed it. Cynthia Erivo is just astonishing. John Hamm is very………It seems like he’s always playing the same character? He’s like some 1950s Ken Doll. Do I find him attractive? Reader, I do not know. It’s confusing. 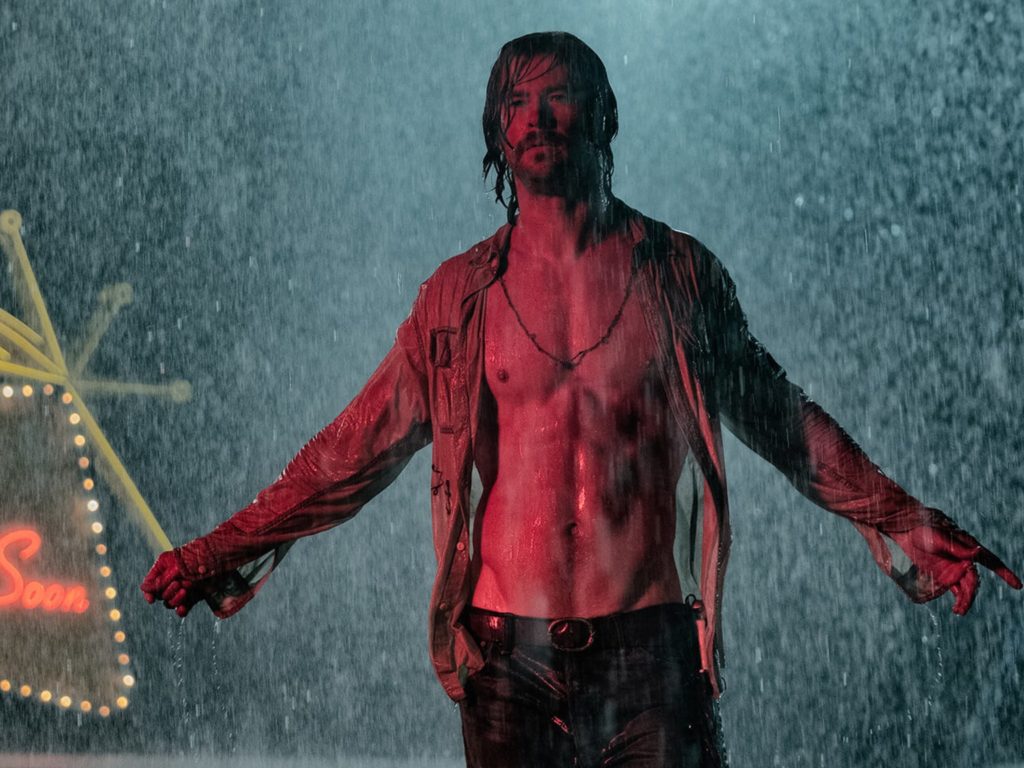 A Simple Favour is possibly one of my favourite films of the year. Blake Lively who I always thought of as straight and boring has turned into a HUGE THROBBING CRUSH. And Ryan Reynolds simply by association has also become more attractive. That’s how hot Blake is in this movie. She wears suits. She wears a white suit with no bra on and cuff links. I DIED. Also that annoying one from those stupid singing movies is in it – but she’s actually GREAT. It was such a good movie. I was absolutely riveting. I was super into it and loved all the twists and turns but mostly loved Blake and literally watching other women in the cinema turn every time she came on screen. Also it has the hot guy from Crazy Rich Asians in it and his back muscles are just the eighth wonder of the world basically. 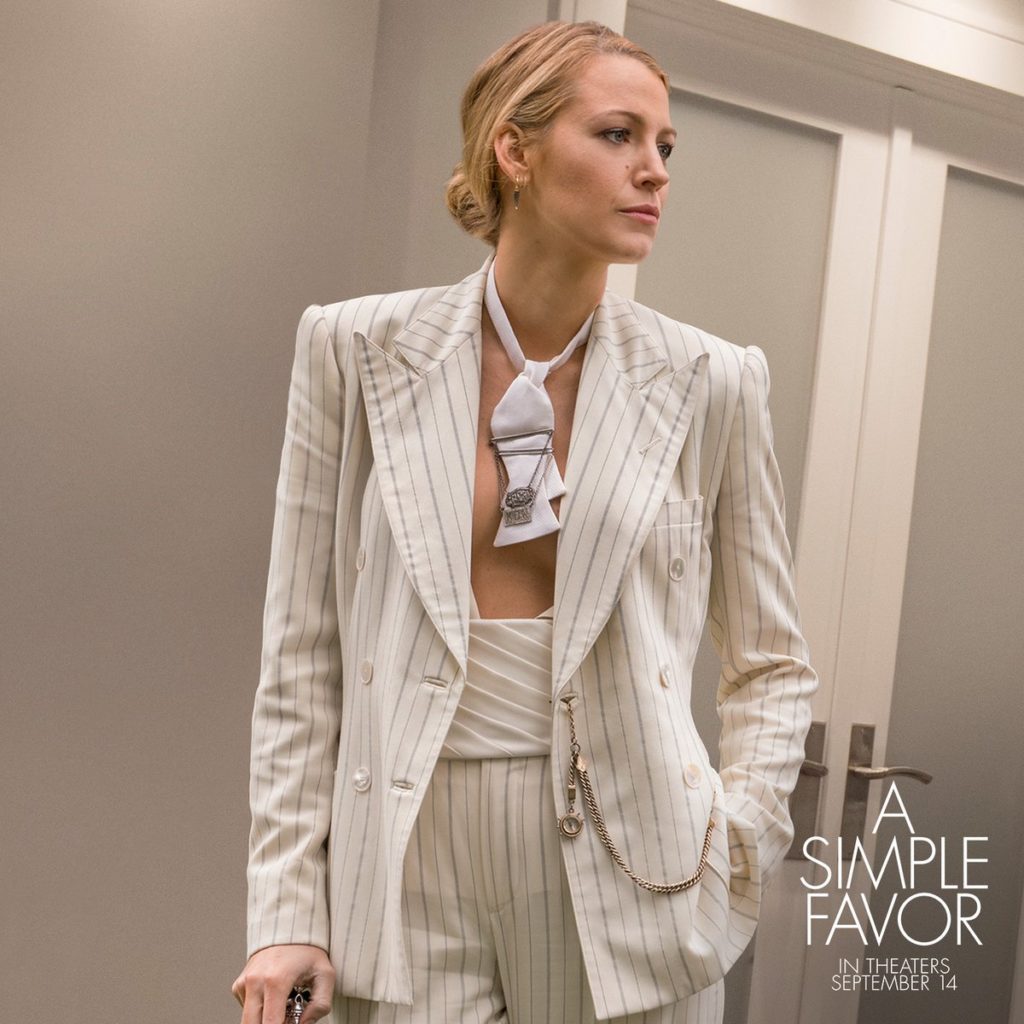 Crazy Rich Asians I wanted to not like this because capitalism and materialism isn’t sexy but that’s a bit hard when everyone else is painfully hot. So unfortunately, I did like this. Good bubblegum movie with the girls. Also  the outfits. Amazing. And – SUPER HOT EVERYONE. You might feel a bit icky afterward for liking it though. 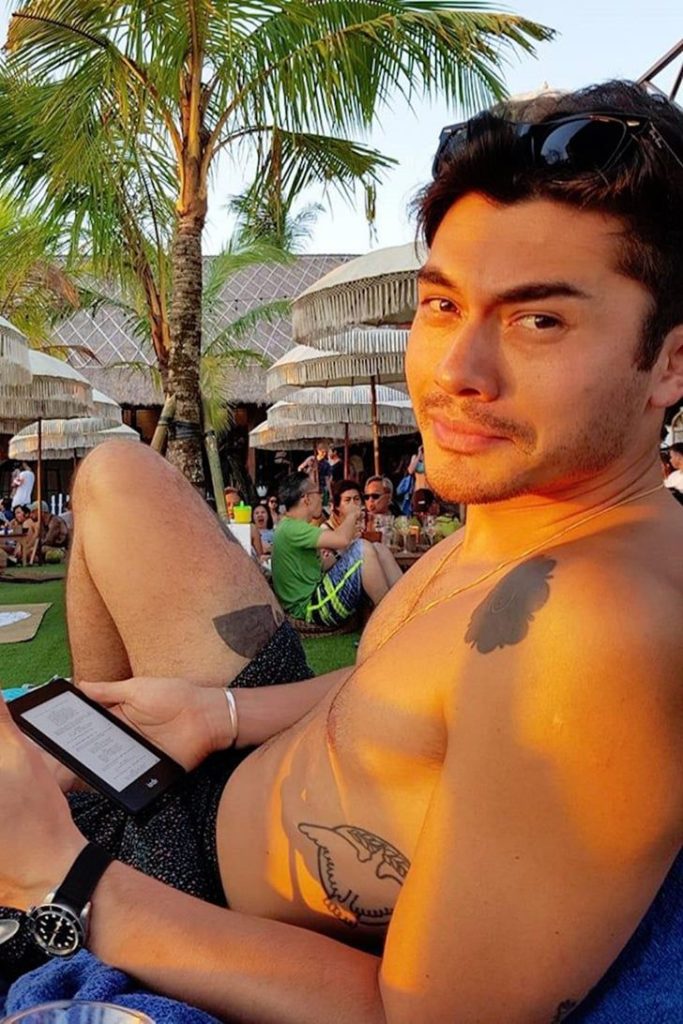 I saw Hold the Dark because it had Alexander Skarsgard in it. I have no idea still really what it’s all about – I mean I kind of think I do? But nobody else has seen it so I can’t test my theory. It is strange. There’s lots of violence though. And a rape scene. So be warned. I hear people when they say Alexander Skarsgard isn’t hot in it – but that is impossible because he is hot in everything. 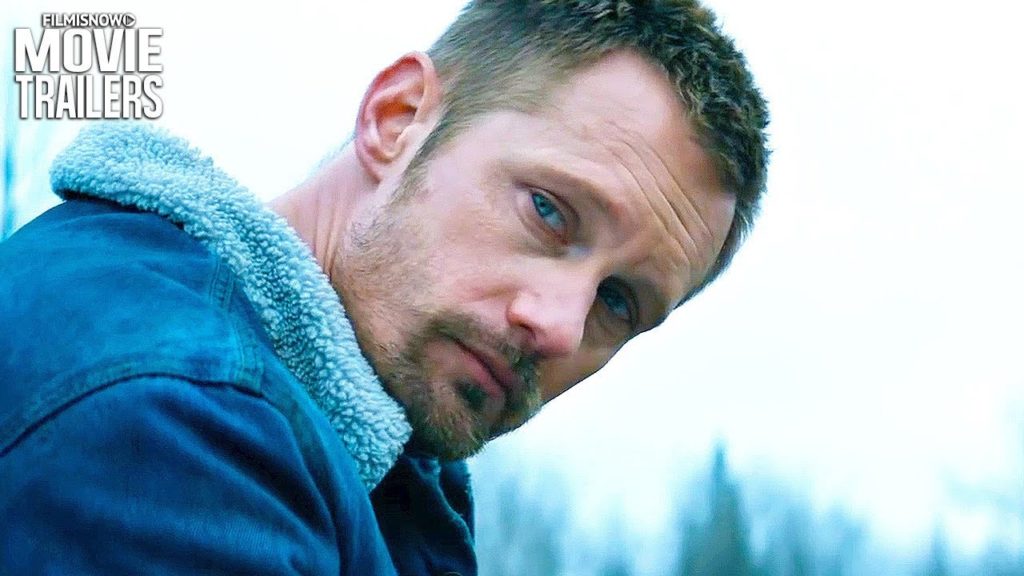 Sad eyes to the rescue

← Rants in the Dark: The Play is NEXT WEEK!
Manaaki Day →