One thing I’ve tried to reject since the moment I became a parent three years ago, is the concept that I am in competition with any other mum or dad.

This idea that there are perfect parents out there is bullshit, but we all keep chasing that dream for obvious reasons. We adore our children and we want to be the parents they deserve. We want to be great parents. This is a good goal to have, and one I definitely strive for. One I sometimes even think I reach. There are days when I have one parenting win after another and I think – yup, I’ve got this.

And then there are days where I feel close to tears – why can’t I get my shit together? Why is this so hard??

And all of these emotions exist for all of us and we are all losing and winning day to day and week to week. But it’s not a competition.

You winning doesn’t make me a loser. Me losing, shouldn’t make you feel like a winner.

But sometimes I’m not sure people realise that. The boots-and-all attacks I see on mums online leave me breathless in their cruelty and their speed. Recently I was told, in one of the most popular news websites in New Zealand, that I make people sick and that my children deserve a better parent.

And I wonder what this discourse achieves. Does it elevate the person being cruel? Does it make them a better parent? I mean I guess I can see how some people might feel superior when they read a post or a comment on Facebook by a mum saying they’re overwhelmed, lonely or tired. I guess if you have never felt any of those things you could feasibly think – I’m a better parent than this woman.

But again – what does it achieve?

If you see a person is lost, and you have a map – how you react says a lot. If it’s to say – well, I’m not lost, I guess I’m just better at reading a map than you. Well, that’s a bit messed up isn’t it?

Because if I’ve got a map and someone is lost, I don’t lose anything by supporting them and walking with them until they find their way. I might make a new friend, learn something that helps me so I don’t get lost as often. Even if there’s nothing in it for me, why wouldn’t I reach out in kindness?

Isn’t that what we want for our children? That they’ll be kind? Have empathy? Support others in their time of need? 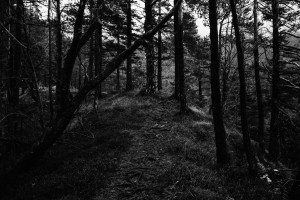 When did we get to the point where so often the reaction is – well, it’s absurd to get lost because I didn’t get lost. I never get lost. Have you tried just not getting lost? Why did you even go out if you thought you’d get lost? Back in my day nobody ever got lost!

I have a theory. It might not be right but I think I can guess where this hyper-competitiveness, this open nastiness, this desire to always compare and come out on top, comes from.

There is so much pressure on mothers to be perfect 24-7 (and we don’t even get to know what perfect is because it changes constantly):

You need to breast feed but not for too long and not in public because that’s perverted. How you feed your baby is apparently A Thing that people need to discuss incessantly. You need to justify your decision, whatever it is, whether it was a choice or not.

You need to have a baby that sleeps through the night preferably from birth. If they don’t sleep it’s your fault. But if you’re tired what did you expect? You’re not meant to get sleep as a parent! Didn’t you know that before you became a parent? Whatever way you get them to sleep is wrong and you’re doing it wrong. Just stop talking about it.

Your toddler should eat whatever is on their plate but it should be only healthy and organic food. It should be eaten silently. Back in the day there weren’t fussy eaters. You got what you were given. Adults eat all things and have no preference or control over what food they do and don’t eat, so children should be the same.

If you dare take your child outside (and you can’t be one of those nature hating parents who keeps them inside either you screen-addicted-everything-wrong-with-parents-today-slob) your child should be perfectly behaved at all times. And by perfectly behaved they should basically be invisible and the only time they should speak is to say please and thank you. They can’t learn how to do this by going to cafes and restaurants, they need to know this innately from birth. Just as adults never get upset publicly, or do anything disruptive ever, so children should be the same.

Don’t have too many toys, in my day we just had one solitary peg and his name was Alfred. You don’t need money to be a parent anyway! Except why did you have children if you couldn’t afford them? If you can’t afford ballet classes then that’s on you and you’re a shit parent. What do you even spend your money on? But kids these days have too many extra curricular activities…They don’t know how lucky they are.

While you work outside the home but also care for your children full time, you can’t post about being a mum on Instagram or Twitter, or post too many photos on Facebook. Just get on with it! But also, parents these days don’t enjoy being parents! Don’t have a side business or any way to support being at home, because that’s taking you away from your kids, but also exist on air and pay for swimming lessons and shoes and petrol with the sheer thrill and emotion of being a parent.

Don’t talk about your children too much in person. Be a cool mum who isn’t all about her kids but just a bit about her kids but goes to after work drinks and doesn’t skive off like those other working mums who should be at home with their kids but not lazy like those stay at home mums who are always with their kids. Don’t rush home from work, because people without kids don’t do that, but it does kind of show you hate your kids if you don’t go home immediately after work.

Don’t drink or have any vices because you’re a mum now, but also god you’re boring can you work on that please?

Lose your baby weight but who cares love your tiger stripes warrior woman!

But this is the world we live in. And in a world like that – where you get abuse if you say you’re tired or lonely online, it’s no surprise to me that some parents come out competing.

It’s self preservation. I don’t want to be bullied like that, maybe if I join in – I won’t be? Maybe if I show I’m different, they won’t target me?

Saying you’re different to those other mums that are always being picked apart doesn’t make you different. Competing doesn’t mean you get to win. And what are you putting at risk to get that win? You’re losing at the chance of a community that will help you when you’re the one being kicked.

We are all losing our humanity by joining in on this BS.

Don’t join in. Support others. If you’re not lost right now, help someone who is.

Because we all have days when we’re lost and we need just one person to help us on our way. There’s no greater way to reject this parenting as competition garbage than to walk alongside someone so you both have a win that day. After all, nobody knows what tomorrow will be like! 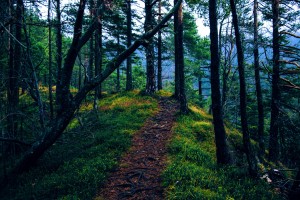 ← When time stands still
The night I was an unlocked car →

15 Comments on “We’re not competing”