Sometimes there are acts of bravery, acts of great courage, that change the course of the world as we know it, or at least the course of a Boxing Day Wednesday.

We honour these people in many ways – maybe they win a Nobel Peace Prize or are named in the Queen’s Honours. We tell stories about them to future generations. We may take a moment, on a rainy day, to consider their contribution to humanity. They inspire us in all that we do.

Kym Barrett born 11 August 1965 is one such person. I would like to tell you why.

Close your eyes. Imagine a scene. A bunch of men sit around a table. Kym Barrett is there. This is the conversation:

Man: So we need to work out what Jason Momoa will be wearing the first time we see him in the movie.

Man: What about a black vest we can make it tight?

Kym Barrett: Nope, gotta be no top. Easier for him to swim.

Man 3: OK sure, so does that mean for pants he’ll be wearing some kind of swim suit?

Man 1: But uh swimming in jeans doesn’t seem like-

Man 3: I trust your vision Kym but how does he swim good in jeans?

Kym Barrett: Who gives a fuck.

Kym Barrett: Only when necessary and the top is always tight.

Kym Barrett: He can wear a coat but the jeans need to be tight, the top needs to be at least two or three sizes too small.

Man 1: And when they’ve stolen the fishing boat does he stay with no top on?

Kym Barrett: He can find a top on the boat, but it needs to be small. No buttons will work for him. Buttons are redundant.

Man 1: In the desert what will he be wearing?

Kym Barrett: LINEN. Linen that will turn to you and take you far away, far, far away from the instrument set you bought from K-Mart for your three-year-old. Far away from the pee dribble on the toilet seat from one of your children. Linen slightly rumpled in such a way as you can imagine leaving your family and living on a desert island with him, you don’t even like coconut but you’d drink it. You’d eat it. There’s no shade on the island and you know he’d take off that linen top with the broken buttons and he’d fashion it between two trees and make you sit underneath it. He’d catch you a fish with his bare hands. He’d bring you a bottle of rosé somehow. He’d tell you you’re the most beautiful woman he’s ever seen. You’ll miss your family after a week but then after another week you won’t. They’ll be forgotten. You’ll close your eyes and still see the linen pants.

Man 1: Ok so, linen alright. But the main thing is the costume – here’s a mock-up of-

Man 1: Well, it’s already, I mean we have to almost spray him into it.

Kym Barrett: Tighter. Really tight around the thighs. Really, really tight. So tight you’ll start to wonder if you could ever be happy again without that bulge in your life.

Kym Barrett: He need only stand sideways in a power stance that reawakens the sexual desires of a million mothers across the globe. So tight the years fall away. There is only lust. There is only the purest white light of longing. So tight the passion continues on, out of the cinema. Into a bed that smells like toddler wee and husband farts. So tight the yearning becomes a hum of a billion ovaries crying out in unison. So tight the hunger feels as if it might overwhelm the world. That his calves might heal us all. That we might be united in a ferocious thirst more powerful than the sun.

Kym Barrett: Then no shirt again. And wet. 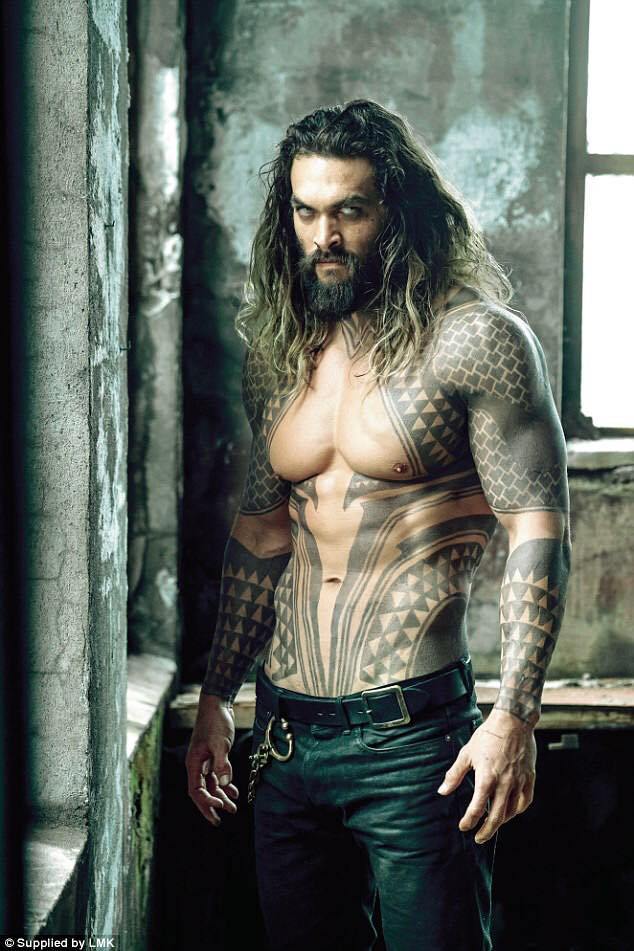