This is a really heartbreaking and beautiful post about infertility. I say that up front to warn you – in case you’re living this now and you’re not able to read someone else’s experience. But if you feel strong enough, it may also bring you comfort, if these feelings are shared. Thank you to my friend who sent this to me to post. She is brave and important and I admire her so much for the work she does for others. She is generous and kind. Patient and passionate. All of the qualities that make a good mother. That is shown in her bravely sharing this piece with us, in the hopes that it might make another woman not feel so alone, that it might help others to understand if they haven’t lived this. Arohanui to you. Love to you all. 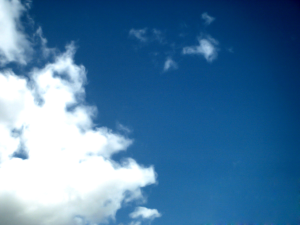 I turned down a job offer the other week. It was at a school I really admire, teaching a subject I adore, with people I have a brilliant relationship with. They approached me, something that’s never happened in my entire career. And I turned it down.

It’s stuff like this that they don’t tell you about when you’re navigating the difficult slopes of infertility. No amount of articles with sad white women staring out of windows, or forum posts telling you to relax, or stories about “and then they stopped trying and got pregnant right away” prepare you for the awful, sapping stasis that comes with failing to reproduce.

It’s turning down dream jobs in case you get pregnant as soon as you start. It’s trying not to plan too far ahead while simultaneously trying to plan something to take your mind off the fact that another month has rolled around and you’re bleeding again. It’s feeling like you can’t move on, or sideways, or anywhere really because maybe this is your month and this time next year you’ll be a mum and not care about that marathon you’re running for charity or that trip home to see your family or those other commitments that require a gestation longer than a couple of months.

It’s nights spent staring at the ceiling, wondering if you’ll still be waiting a year from now, five years from now, or if some doctor will put you out your misery and tell you just how beyond repair you are. It’s trying to do something crafty on a quiet evening and dissolving into tears because dammit, creating something is clearly not something you can do, is it? It’s losing your dignity to specialists and ultrasounds and being told you need to lose weight because that .1 of a BMI is CLEARLY what’s stopping you and if you wanted this badly enough you’d lose it, wouldn’t you?

It’s getting a positive after months of negatives and jumping up and down and rejoicing and then having your period a day later and feeling like someone has pierced a hole in you and you’re deflating from the inside out. It’s a sine wave between despair that it will never, ever happen to you and optimism that it’s bound to happen eventually, and maybe this is the month? It’s digging your nails into your fist at yet another co-worker’s clumsy attempts to ask about when you two will start a family. It’s trying to avoid talking to your good friends because they’re going to ask how it’s going and you can’t bear to see that look they give you, not again.

It’s quitting booze and caffeine and chocolate and everything that someone told you might be preventing you from getting pregnant, because why the hell not. It’s realising that you now completely understand what the phrase “a strain on our marriage means”, that you’re not being driven apart but rather both pulling harder to keep moving forward in a quagmire that seems endless.

But you go on, because you’ve been going for so long you don’t think you can stop. And maybe, just maybe, this month is going to be your month.