I got sent ashes

But getting a jar full of ashes is my weirdest thing.

I received a jar of ashes from a family home that was destroyed by fire. 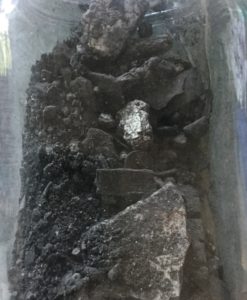 I felt – feel – ill about it. I took the ashes outside. I left them out there. I don’t want that bad juju in my house. I know misfortune or horror or awfulness isn’t contagious but even touching that jar made me feel nauseous. It held a family’s world inside, their possessions, all the things that made a house a home. I couldn’t help but look around and imagine my photos, art the boys had created, our clothes, furniture collected over the years, the decorations from my friend’s baby shower that I threw almost a year ago that are still up (I’m exceptionally lazy) reduced to ashes and put into a jar.

My mind thankfully stopped me from imagining fire and my son asleep in his cot downstairs.

So I put the ashes outside and tried to ignore them. But I kept thinking about the family whose house was reduced to those ashes. I thought of Cathlyn Paala. She was looking after her three nieces – six months, two, and six when her house caught fire and burned to the ground.

I know that smoke alarms save lives. I mean who doesn’t know this. And so I felt exceptionally foolish when I had the following conversation with my husband:

Me: Do we have smoke alarms?

Husband: I think so?

I’m a working smoke alarm. If there was a fire I’d be able to tell. 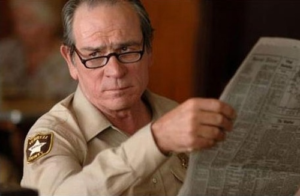 Then I read to him from the accompanying letter that came with the ashes. “People lose their sense of smell when sleeping, making them vulnerable to dying as a result of toxic smoke inhalation long before flames can even get them”. And “Fires are extremely quiet in their early stages and only begin to make any noise once the fire is already well established”.

When my youngest is awake I’ll be testing the fire alarms. We moved to this house when Eddie was six months old. He’s now three and a half. So while we have smoke alarms, we haven’t tested them in years.

I asked my husband why we never tested the alarms and he said – I don’t know. We just didn’t.

I’d like to say it was because we were too busy with the kids or something but it is what it is. We just didn’t. They were just there and we saw them and subconsciously must have thought “Well, there are fire alarms in this house so that’s sorted” and thought nothing more of it.

It’s horrifying to think that there are 3,200 house fires every year. And worse still to now know that 80 per cent of house fires the New Zealand Fire Service attend have no working fire alarms.

I know that somewhere we just decided a fire could never happen to us.

But I’m reminded of the things that have happened to us that I never thought would ever happen to us. Things like the car accident my husband was in when he 24. The car accident that almost killed him and our best friend. Their car was hit by two trucks and a car on the Desert Road. I was waiting for them in Tauranga and I received a call saying there had been an accident involving someone who owned the phone they were calling from. My father worked for a media organisation at the time, he called the newsroom and was told there had been a fatal accident. For a desperate half hour I thought the love of my life or one of our dearest friends were dead. They miraculously survived. I never, ever thought my son would be born with a health condition. That he’d be unable to breathe. That a cold would nearly kill him. That he’d need surgeries and we would spend the first two years of his life in and out of hospital.

You always think – not us.

But I know better now. Well, I thought I did. So when the baby wakes I’ll be checking the fire alarms. And I’ll be making sure if the worst happens to us – we won’t lose our lives or the lives we are entrusted to protect.

Thank you to the Fire Service. I can’t believe I’m thanking someone for sending me bad juju ashes. And also, I don’t know what I’m meant to do with them now – I would like to not have them.