As I listened through the monitor to my husband trying to get our baby to sleep I suddenly had a thought that I was pretty sure it was our anniversary. And I’d forgotten to buy him something. As the baby cried, and I listened to my husband quietly singing a song to him, shushing him, gently imploring him to sleep, I thought about our children and how they’re clearly the greatest thing to come out of our partnership.

But something else has emerged as well – my husband as a father.

We have been together happily since we met as teenagers. But seeing him as a father feels like I have had the wonderful good fortune of falling in love with a wonderful man twice.

He is an excellent father. We never know when we choose our partners just what kind of parents they will be. We can guess, by how they talk about children, how they act around nieces or nephews, slightly tipsy conversations at 3am… But we don’t know, until we’re there and then there’s no going back. I imagine it is the most devastating thing to embark on this journey and find your partner will not step up to be the parent they need to be.

My husband is a different father than I thought he would be. He is as relaxed as I thought he would be – but he has a determination to be a good father that I didn’t expect. He thinks carefully about what kind of parent he wants to be and he adapts. I knew he would likely roll with the punches, as he always does, but he seems to enjoy the relentlessness of parenting in a way that always surprises me.

Today a journalist from Radio NZ came to our house to interview me and some other mothers about antenatal depression. She also talked to my husband. He asked that his face not be shown, he is notoriously shy, quite the opposite of his mouthy, loud, extroverted wife.

One of the first questions asked was about sleepless nights. He said he didn’t mind as it was ‘all part of the job’.

It probably isn’t an answer that would delight a journalist – but to me, it says everything about my husband.

And it also says a lot, I think, about love and parenting. Really being there matters. Accepting our children as well as loving them matters. And sometimes love is as simple and as profound as giving up sleep and not minding.

That may not sound very romantic. But actually I really believe that great love isn’t candles and red roses and extravagant gestures (I’m generally suspicious of these things…)

You may say – well isn’t that just being a parent? And yeah, it is. But many parents don’t step up. And it is different when you have very, very small children – the burden is usually on the person who spends the most time with the baby. Baby gets used to being close to them, having them put them to sleep, being fed by them…all of that relentless day-to-day stuff. As a partner, it would be easy to just say ‘well, you can get them to bed easier so you do it’ or ‘you know how to do a nappy better than I do’.

But this isn’t great parenting, and it isn’t great love. Because a nappy isn’t just a nappy. When you’re exhausted, one more nappy can feel like a lot. Like everything.

I’d tell him I miss him but this is worth it and there’s nobody else I’d want to be tired with. Nobody else I’d want to share this with. That I think about the years we spent together just us and sometimes I feel jealous of the children in his lap – but how I also love that this life suits us so much. Suits him so much.

I’d want him to know that being a great husband and a great dad isn’t easy – but it’s important. And I love how committed and dedicated he is to being both.

I’d say that seeing him as a dad has made me fall in love with him all over again. That it has been a privilege and I’ve learned so much from him about how to be a parent. That he’s just as important to our little family as I am (even when the baby only wants me – it’s just my boobs I promise).

I’d recite the reading from our wedding:

Love is a temporary madness. It erupts like an earthquake and then subsides. And when it subsides you have to make a decision. You have to work out whether your roots have become so entwined together that it is inconceivable that you should ever part.

Because this is what love is.

Love is not breathlessness, it is not excitement, it is not the promulgation of promises of eternal passion.

That is just being “in love” which any of us can convince ourselves we are. Love itself is what is left over when being in love has burned away, and this is both an art and a fortunate accident.

Never has it felt more true than since we became parents.

Relentless and tiring and tough and strong and beautiful. 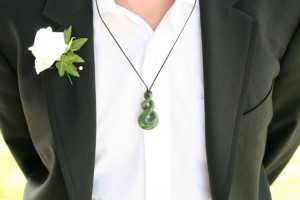 11 Comments on “Love and nappies”