The other day it suddenly dawned on me that I hadn’t given my 12 week old (I actually think he’s about 14 or even 15 weeks old now but I’m too tired to actually figure it out) any tummy time. Oh tummy time – you annoying must-do torture for babies. Has there ever been a baby that enjoyed tummy time?

Eddie hated tummy time. He would scream and scream and arch his head back and act like I was slowly destroying his will to live while he actually destroyed my will to live. I kept doing it because I was told to. And I do what I’m told when I don’t know what I’m actually meant to be doing. And when it comes to parenting – I never know what I’m doing.

Each day I would dutifully put Eddie on his tummy for five minutes at a time at intervals of about three hours. I was very neurotic the first time around. I basically believed if I didn’t give him tummy time he would never walk. I imagined having to carry him to dates and then awkwardly turn my head while he pashed randoms (Kiwi speak for passionate kissed random people…ahem). He would need intense therapy and I would have to carry him to therapy and future therapy is very expensive in my head. He’d never drive because he wouldn’t be able to lift his neck. When it would be time to stick me in a nursing home he’d choose the worst one and say “this is because you never gave me tummy time enough as a baby”. I would lay in my bed and he would lay on the floor in the corner unable to move just hissing at me like an angry immobile lizardperson.

With baby number two I have much less time to allow my brain to wander and imagine fresh horrors that will ruin my children’s lives as they grow. When I realised I’d not done any tummy time I just thought “Oh well, I have had him in the carrier a lot so he’ll be holding his neck up for that”.

Then, later on that evening – instead of writing which I should have been doing – I began Google image searching men with no shirts on wearing kilts. Or was it jason mamoa holding kitten. Actually I think it was the rock wearing apron nothing else. Anyway, my mind began to wander and it wandered somewhere I didn’t want it to wander to. What if my little one didn’t crawl because I’d been so slack with tummy time? And what if one day he said to me ‘Eddie can walk because you parented properly the first time and with me you were too busy Googling guys with big muscles for weirdly specific fantasies when you should have been giving me tummy time’.

What would I say to my baby? And just as I was about to really get down to feeling guilty a wonderful thing happened:

I got an email that basically said my lazy parenting was actually The Right Way to parent.

I love it when that happens. The email outlined how tummy time is actually The Wrong Way to get your child moving. Instead you should just lay them on their backs and leave them to it. Now, I’d regularly been doing this. Baby gets cuddles, boob, then he is put on a quilt on the floor where I spend a bit of time regaling him with fantastic tales from my youth and then I give him some rings and leave him to his own devices to consider what a cool mum he has while I clean and deal with the toddler. Turns out – I’m an awesome parent because this email said that’s totally what I should be doing.

So here’s my advice when it comes to feeling shit about your parenting. Look for any advice that goes with what you’re already doing. Then you won’t feel shit. Because everyone has an idea of what The Right Way is and so chances are, some expert thinks what you’re doing is Right. Just find them and you’re sorted.

Then you can get back to Googling men who look like human transformers but are definitely really gentle lovers who never leave the empty toilet roll on top of the bin because omg who does that just open the Goddamn bin. 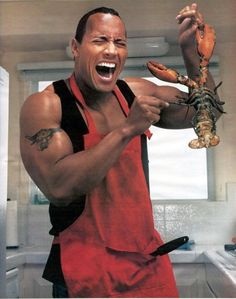 9 Comments on “The Right Way”