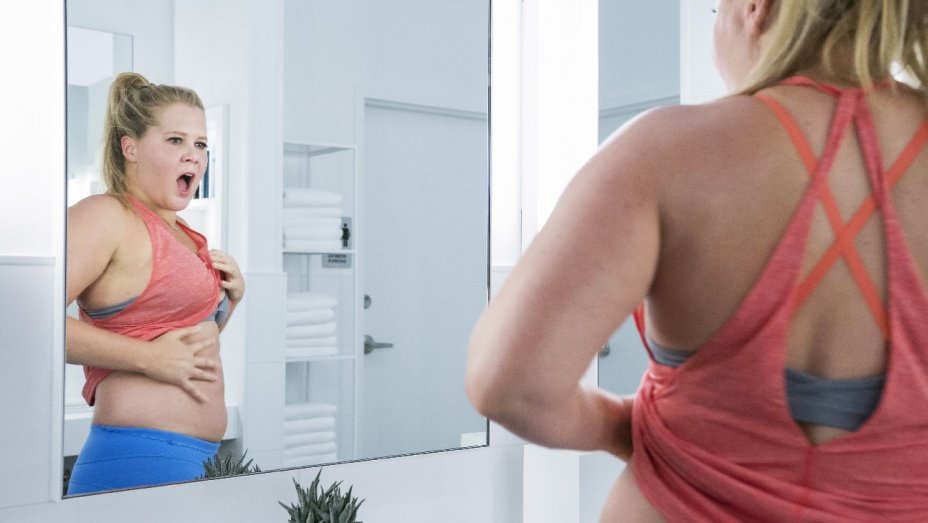 So, let me start at the beginning: Penthouse Cinema has a “girls night out” each month which involves bubbly and nibbles. And I usually go because they always have nice bubbles and I live nearby. It’s a good excuse to get the girls together and the spot prizes are fun. Penthouse isn’t my favourite cinema (they don’t have popcorn) but it’s still a good cinema (though it never shows good movies like Rampage). In case you’re wondering – My favourite cinema is Empire in Island Bay (good seats + wine + popcorn + plays movies like Rampage) or Reading Courtney Gold Lounge (nice staff + good seats + wine + popcorn + will bring you wine halfway through).

But anyway – so I went to I Feel Pretty and I know you’re probably thinking – But why? Because the premise looks terrible from the trailer. But the thing is – I went because it was the Girls Night Out movie and I wanted to hang with my girl Jean. And it was close by and I’d seen everything else. And also I can put aside my feminism for some movies – I subscribe to the Roxane Gay Bad Feminist model of consuming content – but and it’s a bit but – there’s putting your feminism to the side for  a bit for some guilt-free, not particularly harmful, not denting the patriarchal wall that much consumerism, and then there’s movies like I Feel Pretty.

Whereas dodgy premise movie Blockers is like – based on the trailer “HOLY SHIT THIS IS A BAD PREMISE” – but then when you actually see it, it’s quite sex positive with some good themes. It’s like The Women’s March – Feminism 101 – introduction to slut-shaming and the virginity myth.

Anyway, you don’t have to be a Feminist with a capital F every day. That shit is exhausting. I’d be a husk of a human if I was weighed down by all of the sexism and misogyny rife in mainstream Hollywood films and also why don’t Feminists get to see John Cena’s ass and enjoy it.

But I Feel Pretty is like – THE WORST. It’s like anti-feminism marketed as “girl power” or something but written by men I don’t know. It’s microwaved garbage. It’s like a bucket of vomit poured down your back.

Where to start with how bad it is? I don’t even know. It’s like an onion of fuckery.

Before I go balls deep I will say Amy Schumer is not awful actress. She could actually be described as good. Ok, now that the only positive of the movie is done… 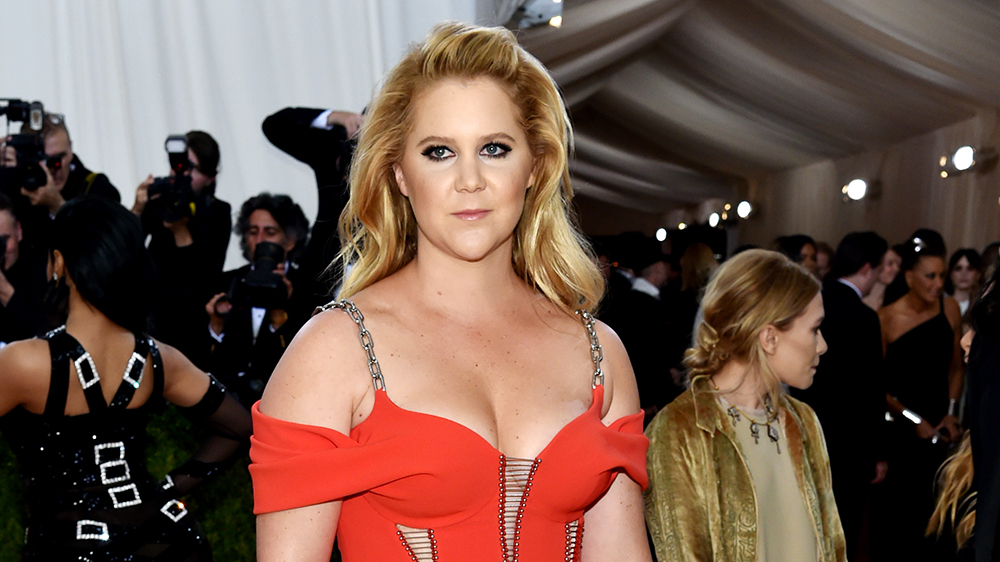 We are meant to laugh at her enjoying her body dancing when she’s apparently fat (OMG FAT PPL DANCING SO GROSS!)

Laugh at her when she’s naked (OMG SO FUNNY FAT PEOPLE BEING SEXUAL!)

Laugh at her when she tries to exercise, when she eats, when she suggests she’s beautiful when she’s clearly not (apparently?)

And then – after you’ve spent an hour being encouraged to laugh at this ugly (apparently) fat (apparently) woman – it’s all tied up in a bow when she realises she might be ugly and fat but she has confidence now! She can make all of her dreams come true even though she’s so ugly and fat.

And I shit you not – it is all about how there is a line for make up for women who are apparently fat and not attractive but they’re TRULY THEMSELVES and that makes them beautiful. Like here fatties and fugos have a discount make up line. GIRL POWER AMIRITE?

The lesson is that everyone is beautiful in their own way. Not actually beautiful. Just you know – beautiful on the inside. Which is important too you know!

Like that’s it. Oh and a tidy – some dude thinks she’s beautiful therefore she is – bow on it. Because the male gaze yeah? It’s the poop cherry on this misogynist cake of sexist bullshit.

Before she was single and now she’s not so she’s beautiful and worthy.

FML – I’ve had surgery less painful than this movie.

They gave Busy Phillips brown hair and a button up shirt and tried to pretend she wasn’t hot. BUSY PHILIPS. This woman: 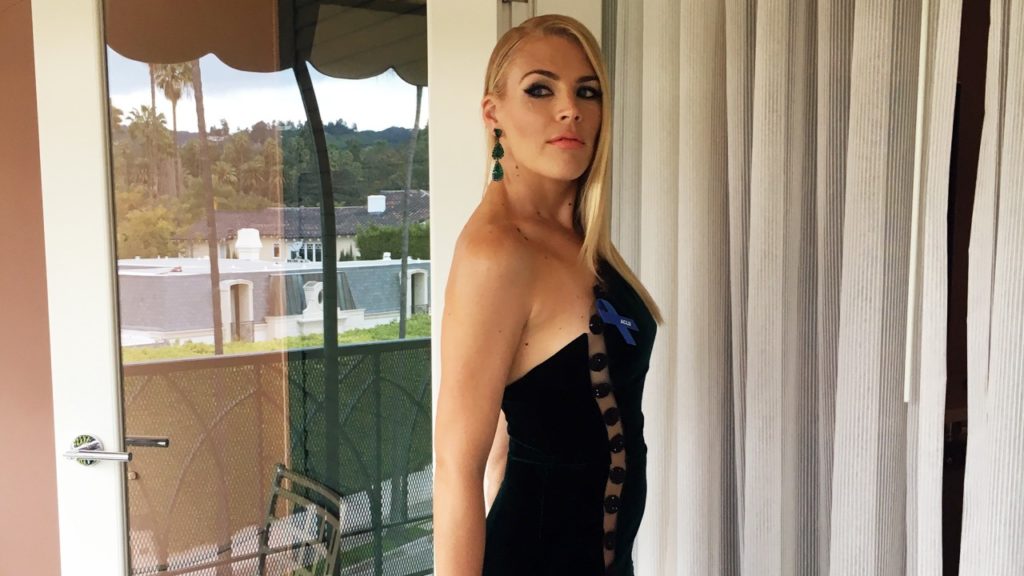 They gave her brown hair. 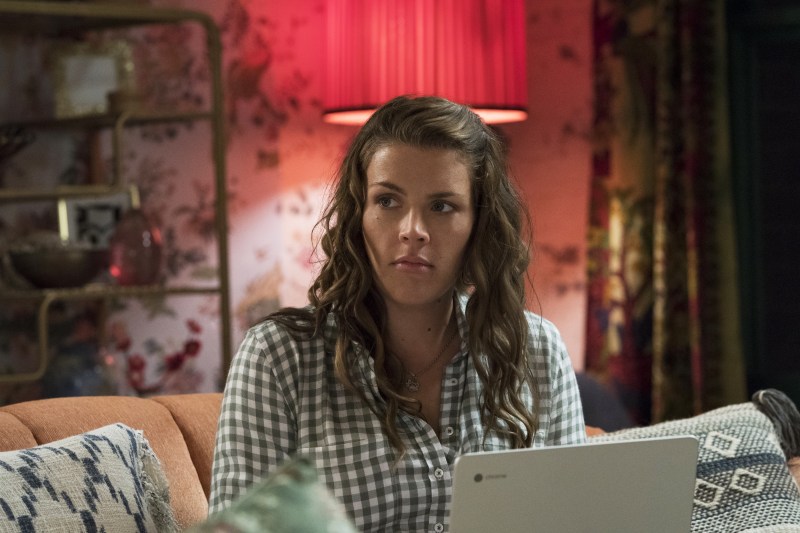 Is it weird that I feel comfortable naked?

Is it wrong that I am a sexual being who keeps the lights on when I fuck?

Is it absurd that I don’t hate myself because I’m fat and I’m not a model-like waif?

Does that really mean I’m delusional for loving myself?

I lay in bed last night after that movie and I just felt angry. I don’t need to believe I’m beautiful to feel worthy. No person needs to be with someone to be considered beautiful. Beauty is overrated and you don’t owe anyone being pretty.

I don’t feel ashamed or crap for looking the way I do. But this movie made me feel that way. So fuck this movie. Fuck conventional beauty standards. Fuck this constant messaging about how if you’re not thin you should be working toward being thin. And extremely fuck the idea that you can’t be a sexual person who loves their body if they’re fat.

This fat uggo girl is gonna get naked and get her freak on with the lights on tonight just to fuck with these absolute fucking spanners who think women deserve these shit movies.

Cannot believe they made this movie and not my great movie.

← Dispatches from a girl thinking about a helicopter with Dwayne The Rock Johnson inside it
The Avengers: Infinity War reviewed →