Thomas the colonialist tank engine and Sodor the capitalist nightmare

I hate Thomas the Tank Engine. I hate it. I think Thomas is a naïve arrogant asshole who sacrifices other trains to further his career and suck up to the Fat Controller. Sodor is quite frankly a capitalist nightmare. Trains are sent to the scrapyard if they’re not Useful. And we all know what that means – it means they’re executed. They execute workers who don’t work hard enough! Anyone who isn’t Very Useful is goneburger. There are no unions in Sodor that’s for sure. And that’s not even the most fucked thing about Sodor either. Don’t get me started on how lacking the representation of women is on the show. The women trains are actually girl carriages. You don’t need to have a masters in gender studies to read between the lines on that one. Either they have no personality (Daisy) or they spend all their time giggling and chasing after Thomas and the other dudebro engines nagging them (Annie and Clarabelle). I feel like there’s a weird subtext about lady trains and that time of the month as well but I’m very tired and certainly not very useful right now.

What about Hiro? Poor Hiro was taken as a slave. He dreams of his homeland. But when he’s too old to work anymore, after a lifetime of service, do you think his “owners” will let him go home? Hell no! Coz this is Sodor and life on Sodor is an endless grind of working until you die. You’re Helpful or you create Confusion and Delay and you’re dead. Hiro ends up wasting away in the damn forest! But this is a better fate than being slaughtered by Topham Industries AKA The Government. Thomas finds him and of course Thomas dobs him in to “help” him get back to his home. Thomas signed Hiro’s death warrant and he didn’t even realise because he can’t see beyond his white privilege. He doesn’t know that one day he won’t be useful anymore. And ain’t nobody going to save him then.

I especially hate Thomas the Tank Engine because my son loves it because somebody bought him one train and that was it. It’s like an addiction. It’s toddler crack. And he can’t say “Thomas the Tank Engine” he says “Thomas the Asian” and when we are out IN PUBLIC he yells at me to get him an Asian. Or he yells “WE-AHS MY ASIAN MUMA” and I have to really loudly yell “I don’t know where your ENGINE is. Maybe your ENGINE is in the car. No I won’t buy you another ENGINE”. And someone one day will buy your child a Thomas train and that train won’t fit on the tracks you have. And the tracks you have won’t go with the other tracks someone will buy you. And you will have eight different tracks that don’t go together and you will need a second mortgage to actually build just one figure eight track and have the trains to go with it.

AND I THINK I’M JUST GONNA DOUBLE DOWN ON THIS RANT:

I hate Jeff from the Wiggles. Fuck you Jeff. Why are you always sleeping. You don’t do anything. Do you know how much I want to sleep Jeff? But if I just go to sleep instead of looking after my kid I’ll be reported to the authorities. Do your job Jeff.

I hate Elmo. My husband keeps telling me that Elmo is three and a half and I have unrealistic expectations about his behaviour. But fuck that. Elmo is an entitled little prick. And Abby – I hate Abby. Why do the adults on Sesame Street never stop Abby from doing her “magic” when they know she will fuck it up? Why is there so little adult supervision on that street? They all pop in for a song but then they just piss off after rattling off a few numbers or some dictionary definition. Maybe hang around and actually stop Abby. She’s out of control. And stop whining Big Bird. How old are you anyway?

What is up with Mr Noodle. Just no. Why does an adult man need to be taught how to throw a ball. And why does he live in the closet of a three-and-a-half year-old’s house?!?!

Maisy, you are illogical. Why would a mouse be friends with a chicken? Why is everyone always shaming Eddie for not fitting into places. He’s a fucking elephant. What did you expect?

Rock on Scuffy the Tug Boat. Don’t let the man bring you down. They might be telling you not to chase waterfalls and to please stick to the rivers and the lakes that you’re used to but that’s because they’re classist. You have just as much right to hang out with the barges as any other boat. Keep on keeping on Scuffy.

And the worst: Love You Forever. Damn woman! Leave your kid alone. Let him sleep! When he turned nine you should have been assessing your health. It’s just not good news when you’re that fixated on your child not growing up. Getting on a bus at night and breaking into his house so you can sniff him when he’s a grown ass man? That’s NOT RIGHT. And if you had to call him to tell him you’re sick, you clearly don’t have a great relationship – and that’s probably because YOU ARE BREAKING INTO HIS HOUSE AT NIGHT AND TOUCHING HIM WHILE HE SLEEPS! And dude, I know your childhood was hardcore what with your mum creeping on you every night and not respecting your boundaries, but you need to break the cycle!

So I guess it’s just Jay’s Jungle, Play School, and Margaret Mahy books in this house.

Jay, you’re great. You just keep being a lovely, singing, handsome man. While I think it’s mildly narcissistic that the island you live on is shaped like a J, and it’s weird that your “friend” is a talking lighthouse I’m willing to let that slide because of your soft, sensuous singing voice. You keep being you Jay. 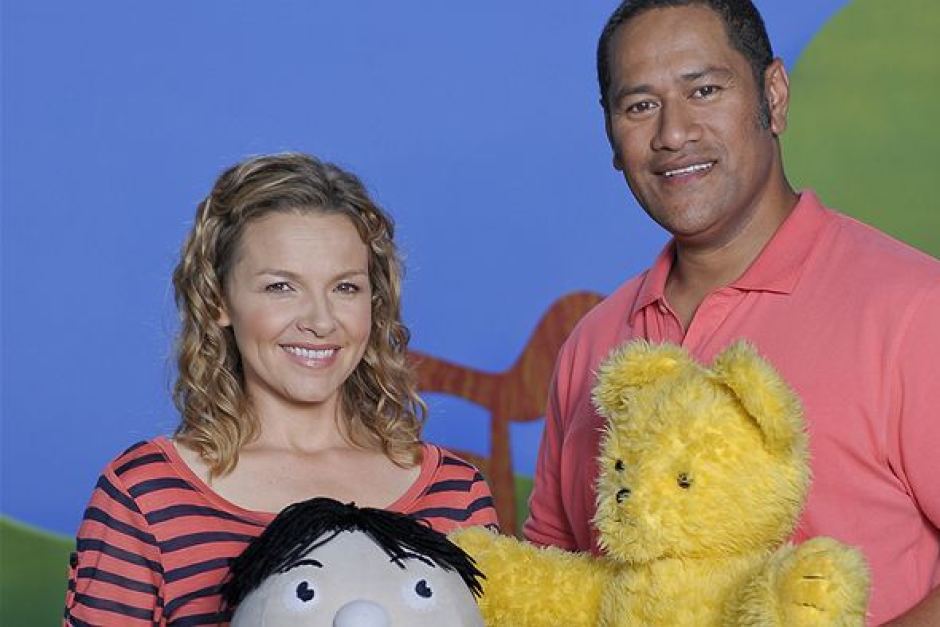 Justine and Jay – I ship them.

This post is dedicated to my sister who is the best person to rant to about Thomas. I love you Jo.

If this makes you angry and you want to comment all angry-like: Relax, it’s a joke, it’s meant to be a laugh…

← Accepting help
Give me the Moon →